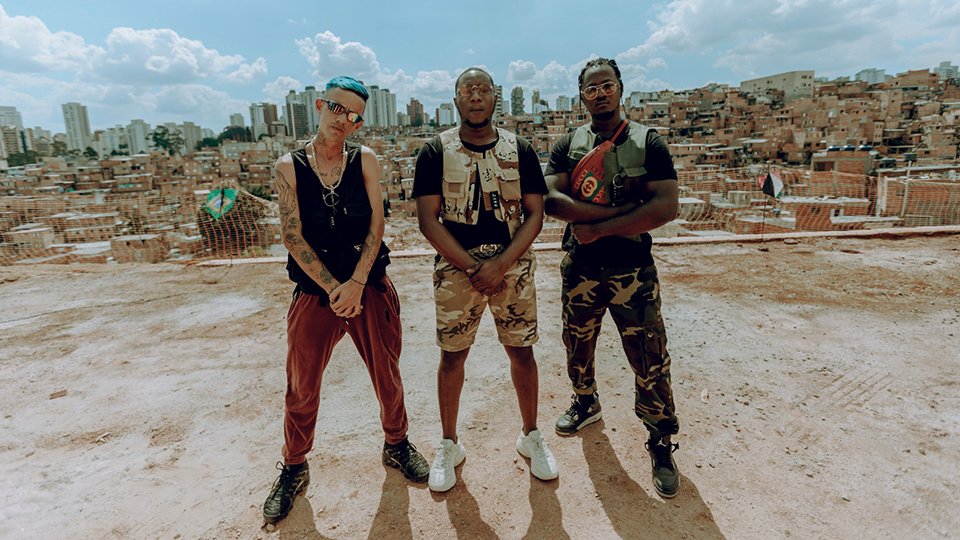 The UpRise are a group of artists and producers who are aiming to use the universal language of music to connect with like-minded spirits across the continents. They share the belief that uniting cultures and empowering outsiders with a voice can be the start of a positive social change.

Watch the video for Gale below:

Each track will feature different members of The UpRise and Gale showcases W1zzy, Michael and featured artist MC Brankim. Wizzy, previously a member of London’s Vibe Squad, raps in English and French.

Michael (AKA Mikespro) is a producer, songwriter and multi-instrumentalist who has collaborated with Mr Eazi, Maleek Berry and Samm Henshaw. Featured artist MC Brankim is a São Paulo star with millions of streams to his name.

Gale mixes Brazilian Baile funk, Afrobeats, hip-hop and trap. The accompanying video was filmed by social media superstar KondZilla, who is hosting it on his huge YouTube channel.

Filmed in São Paulo, where skyscrapers loom large over the favelas, the video captures the trio’s irresistible blend of charisma and sheer energy.