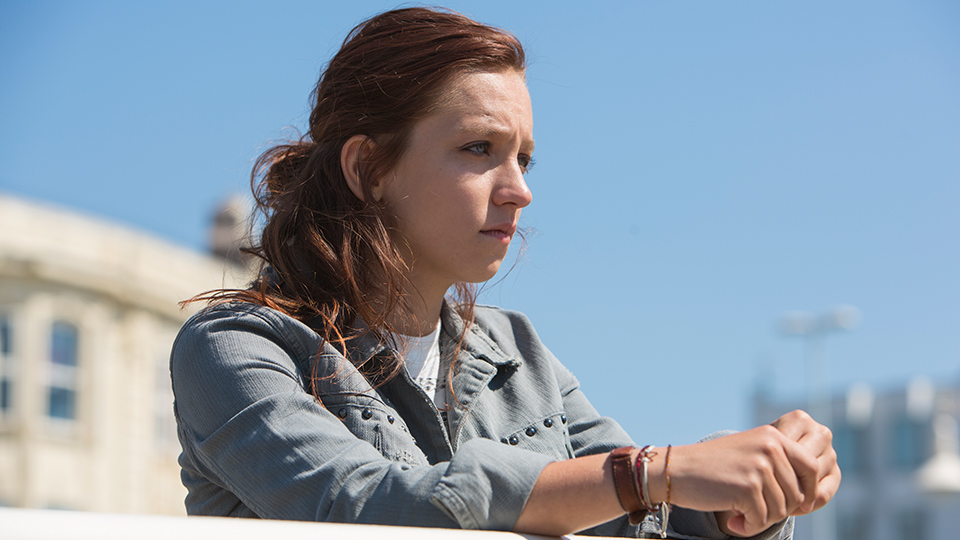 ITV‘s four-part drama Cheat came to an end tonight but did it turn out like you’d hoped?

If you need to catch-up, you can read our episode 3 recap.

If you want to avoid all spoilers for Cheat, stop reading this article right now.

With Adam (Tom Goodman-Hill) dead, it was up to DI Hammond (Jimmy Akingbola) and DI Bould (Justine Mitchell) to figure out whether it was Leah (Katherine Kelly) or Rose (Molly Windsor) that had committed the murder. Leah was taken into police custody and questioned as suspicion fell onto her.

Hammond visited the university to question Rose and she fed him a pack of lies claiming she and Adam had been having a long-term affair. She accounted for her whereabouts saying he’d gone out for a two hour walk and DI Hammond wanted to know about the call Ben (Burn Gorman) said he put through to her room when she wasn’t there.

At the same time Bould questioned Stephan (Parker Sawyers) to find out what he knew about Lean and Adam’s relationship. He remained tight-lipped and didn’t reveal anything about the conversation he’d had with her where she pondered if she actually hated Adam.

Back at the police station Hammond and Bould recounted Rose’s claims. Leah refuted them all until Bould put a tablet in her hand that showed Adam and Rose kissing in the corridor of her accommodation. Shocked by what she was seeing, Lead was speechless and Rose had made her look like a liar.

Returning home, Leah was told by her father Michael (Peter Firth) that she needed to get a lawyer while her mother Angela (Lorraine Ashbourne) worried that she was close to burn out. Michael put in a call to a lawyer any way without Leah’s permission.

The police officers started searching the university for evidence and Hammond revealed that a knife had been found in a bin near Leah’s house.

Rose went to see her father William (Adrian Edmondson) to ask for money so she could leave town for a while. He told her he’d been contacted by the police and refused to help her. Rose continued to try and get what she wanted but William shut her down saying he hoped she rotted in prison.

Bould become suspicious of the information Ben told her about the phone call he transferred for Rose. She questioned him again but was called away by Hammond who had found a letter from Rose to Leah detailing her affair with Adam. It had Leah’s fingerprints on it giving weight to Rose’s account of what had happened. Bould remained sceptical but Hammond was on board with Rose’s story.

In a last ditch attempt to clear her name, Leah confronted Rose at the university. As they had a tense exchange, the police arrived and Leah was confident they’d got evidence on Rose. Instead they arrested her and Rose walked free.

Back in police custody, Leah was questioned about the letter from Rose, which she insisted she’d never seen. She then had a prep session with her lawyer who told her that the only finger prints found on the murder weapon were hers and Adam’s.

Bould continued to relook at the evidence and noticed that the jacket Rose turned in, wasn’t the one that she was wearing on the night Adam was murdered. She and Hammond visited the pathologist and discovered that there were wounds on Adam’s body caused by two different weapons. Bould revealed her suspicions to Hammond but he wouldn’t give her extra time to prove Leah’s innocence.

Heading straight back to the university, Bould searched Rose’s room again and this time she found Leah’s missing engagement ring and the copy Rose had been wearing on the night she got into an altercation with Leah. Bould appealed to Hammond to believe that Rose was behind it but he refused to listen and charged Leah with Adam’s murder.

Michael called Rose and asked to meet her at the Emerald Bay Cafe, a place that seemed to hold meaning to her. During their time together he told her he’d planned to run away with her and her mother in a bid to get her to confess to Adam’s murder. He got Rose to tell him everything (she claimed she killed Adam in self defence) and it was revealed he’d been wearing a wire. The police arrived and Rose was arrested.

Time jumped forward by two years and Leah was a mum and a successful author. She was celebrated by Stephan at the university and it looked like there was still a little spark there. Leah asked her mother to look after the baby while she went to see Rose for closure.

Seeing her in prison, Leah got the real truth from Rose who admitted she purposely killed Adam and it wasn’t self defence. On the night he died, Rose gave Adam Betsy’s collar and when he taunted her, she stabbed him. She then called Ben who guided her through framing Leah for the murder.

As they talked, it seemed that Ben was on a mission to kill Michael on Rose’s orders. He actually was sent after William and while we didn’t seem him kill him on screen, he did kill his dog. Leah accompanied her mum to see Michael and introduce him to his grandson, and the family reunited.

In the final moments Leah received a letter from Rose, who assured her she was going to stay away from her and never make contact again. Will she stay true to her word?

Will Cheat be back for a second series? ITV has confirmed the show’s fate.