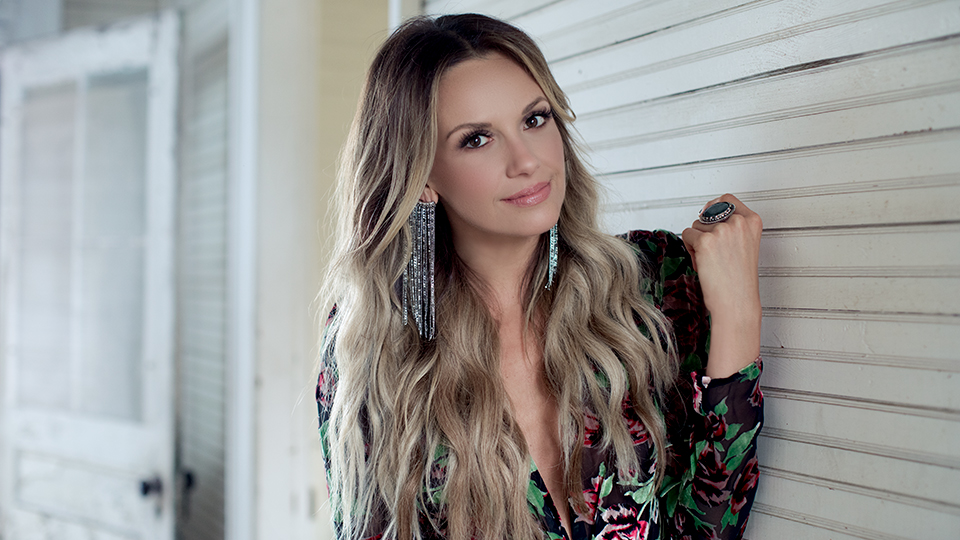 Carly Pearce finally made her way over to the UK and Ireland for her first live shows as part of C2C: Country to Country last weekend.

She took to the stage in Dublin, London and Glasgow to give fans a taste of her fantastic live show. With new single Closer to You climbing up the charts in the US, a new album on the way and wedding taking place later this year (she’s marrying fellow Country star Michael Ray), it’s an exciting time for the singer-songwriter.

I sat down with Carly at The O2 in London before C2C to find out more about her upcoming second album, talk about the themes she’s been digging into for the record, and to discuss her plans to come back to the UK for some headline shows.

We last spoke at the end of 2017 and since then you’ve been trying to get over to the UK. You finally made it and you kept your promise…

I did I told you I’d make it. I kept my promise. I’m really excited to be here. Obviously it’s something that I wanted to do since Every Little Thing came out but I feel like I’m really grateful that it’s at this time. It’s perfect timing.

Your new single Closer to You is climbing up the charts in the US. It’s such a great track…

Is it indicative of what we can expect from Carly Pearce 2?

I think so. I think there’s going to be a lot of surprises, collaborations and just some really honest songs. I’m more proud of this record than anything that I’ve done and I’m just excited to get it out to fans.

You’ve had a lot going on professionally and personally so can we expect a bit of a deeper dive on the personal side with this record?

Definitely. I think with your first record you’re trying to introduce yourself and now I’m peeling back even more layers and letting people into my life, and what’s happened to me and. There’s just a lot of reflection.

No pressure but Every Little Thing was a flawless album. It topped the EF Country Best Albums of 2017 list…

How are you gonna top you’re debut album?

I did the first record by making music that I loved and writing songs that I loved, and writing who I was. I’m just keeping that theme and making sure that I do that again.

You have a way of writing these personal lyrics that is catchy and resonates with fans, even if they haven’t experienced what you’re singing about…

What would you say the key themes are that you’re digging into with the new music?

Oh my gosh. I tell my story in a really honest song. I have a collaboration with my future husband that’s pretty fun. I have collaboration with another male artist that I think is going to shock everyone. It’s really awesome. I broke somebody’s heart through the process of finding the one and a lot of people don’t know that. I haven’t shared that yet but that’s on this record. There’s anthems for women on this record. There are lots of songs about falling in love with Michael (laughs). I’m really, really excited about it.

Closer to You is such an upbeat and buoyant song. It feels like this new record is going to be uplifting. Will that be the case?

Yes but there are definitely those gut-wrenching Carly Pierce songs. I haven’t only been happy the last two and a half years. What’s so amazing that I built my career on a ballad is that people want that from me and those are my favourites so I’ve got some of those on there.

When you come to my show I think you see a little bit of everything. Who ever thought I’d be ok to have a wine addiction? (laughs)

What can your UK fans expect from a Carly Pearce live show?

I think you get a little bit of everything. I put on a high energy show. My band are my brothers and my best friends, they bring a lot of energy. It’s a lot of influences – we pay tribute to the 90s ladies, we pay tribute to my bluegrass roots in Kentucky. That’s something that’s new this year, we’re able to bring a little stripped-down bluegrass section where my guys get to show off and I get to show off some of the songs that really made me into the artist that I am. Hopefully your take away is going, ‘I know about Carly Pearce’. That’s my goal every night.

You’ve been on tour with Russell Dickerson recently. How was that?

So fun. We’ve had such similar journeys and it was really fun to get to bring this dream of touring together one day to fruition. We just wrapped it last week and that was a really fun tour.

Russell been here a few times now and he sold-out his least headline show here. Did he tell you what to expect from UK audiences?

I think overall, not just from Russell, everybody just tells me that the fans are so genuine and really know your music. They know your album cuts and invest in you as artists and not just as radio songs. I think that’s really awesome and I’m excited to be able to be here to experience it for myself.

It’s an interesting difference between US and UK audiences. We often hear that US audience are there to hear the radio hits but us UK fans love the deep cuts. Is that satisfying for you as an artist to be able to play and get appreciation for those songs?

I love that! For sure because there may be songs on records that didn’t get radio success but are really important to you. These are your babies. For people to take the time to really look at the body of work that we’ve created and slaved over… to get the recognition that it deserves is awesome.

I am going to be on tour starting in May all through the end of the year with Jason Aldean and Kane Brown on the Ride All Night Tour. I’m very excited about that. I am getting married. That’s exciting.

Yeah that’s pretty big (laughs). Honestly I hope to maybe make another trip by the end of the year over here to do some of my own shows.

We need a headline tour from you…

Right! That’s what I’m trying to do. I’ll bring you CP2 over here (laughs).

Carly Pearce’s new single Closer to You and her debut album Every Little Thing are out now. Watch the video for Closer to You below: