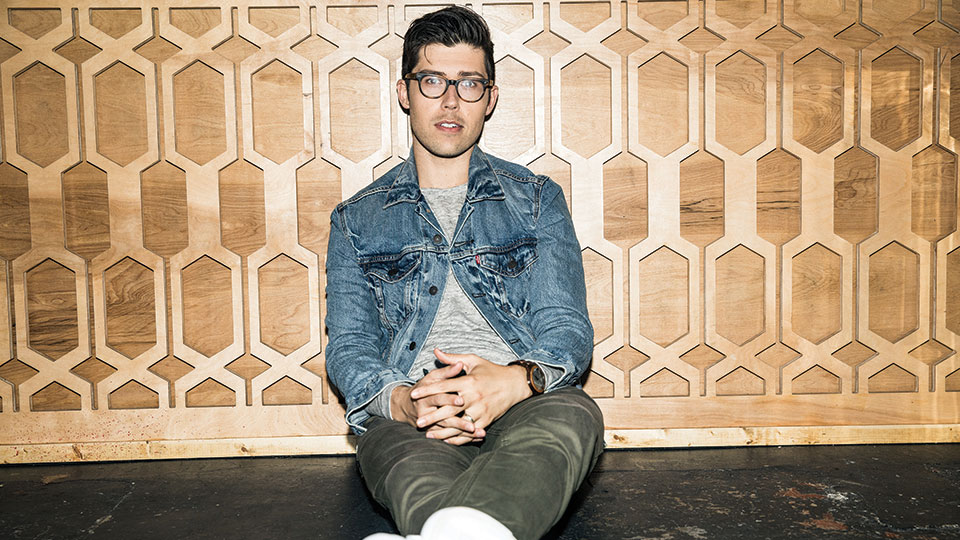 Adam Hambrick got his start as a songwriter, writing number one hits for Dustin Moore and Dan + Shay as well as working with Lindsay Ell. However, he’s now branching out as a solo performer in his own right, recently releasing his debut single Rocking All Night Long. He wowed the audience during his Spotlight Stage set on Friday, and yesterday was up bright and early to play to a packed C2C Sessions crowd at The Loft.

Right from the off Hambrick came across as very relaxed and chatty, cracking jokes about jetlag and speaking very passionately about songwriting and pursuing his music career. He had a lovely openness and honesty to him that made him very likeable and easy to warm to, and also looked incredibly comfortable performing in the intimate venue.

For his first song, Hambrick performed Somebody Else Will, a song he wrote which was recorded by Justin Moore. He had a great smooth, soulful tone to his vocal and I liked the rocky spin he put on the chorus as well. Throughout the song he could be seen getting lost in the music, particularly when he hit some huge notes towards the end, and also showed off some impressive vocal runs.

Throughout the performance Hambrick mixed songs he’s recorded himself along with tracks from other artists. Latest release All You, All Night, All Summer had a laid-back, nostalgic feel and some nice poppy touches, with the a capella ending showcasing his vocals really well. Meanwhile, Hambrick encouraged a singalong on How Not To – a number one hit for Dan + Shay – and his rendition really drew out the emotion and yearning in the song.

For me the standout track was Country Stars, which Hambrick performed after a request from an audience member. He introduced the song by talking about wanting to be a songwriter when growing up, as well as the differences between the UK and US audiences and how UK listeners delve into artists’ back catalogue. The gentle, wistful song had a very traditional feel, with plenty of twang and a rawness that was incredibly moving. He also showed his playful side, cracking a joke about fellow C2C performer Travis Denning at the end that pulled the song back from being too sappy.

After thanking the audience for coming out, Hambrick closed his set with his first single, Rocking All Night Long. It was packed full of evocative details and clever turns of phrase, and I loved how the storytelling evolved throughout, particularly on the warmth and affectionate final verse. The audience burst into cheers and applause as he drew to a close and it’s clear he’s won over plenty of new fans.

Overall Adam Hambrick has definitely established himself as one of the stars of C2C for me. He’s an incredible songwriting talent as well as a skilled musician, and has a great soulful quality about his voice that I love. I think he’ll be one of the most talked-about acts from this year’s festival and I can’t wait to hear more from him. Fingers crossed he comes back to the UK soon!