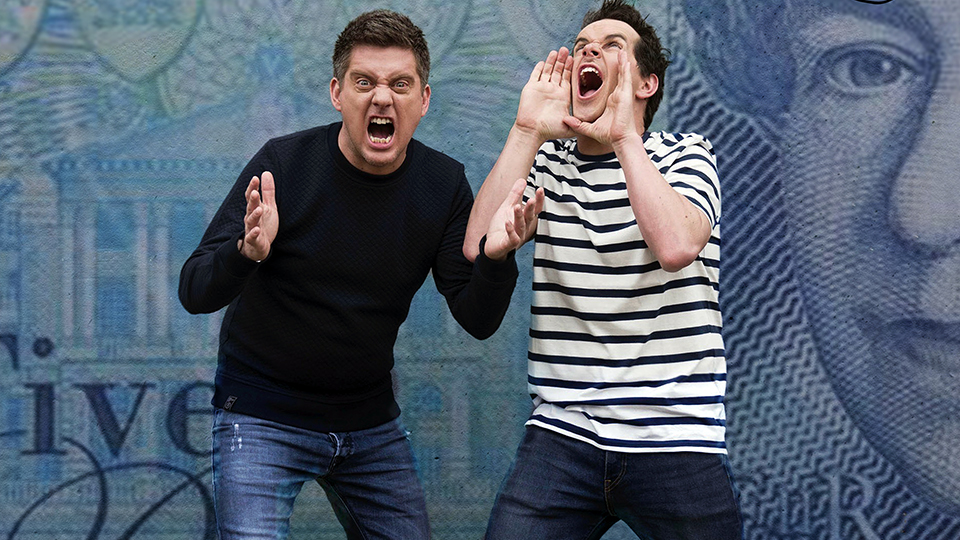 The shows will be recorded for six podcast episodes to be released at a later date. Dick & Dom sold-out their Edinburgh Fringe Festival last August and they are now putting their money on the line against a live studio audience.

The pair will challenge the audience to a series of weird and wonderful games, with a portion of their show fee on the line for each. Over the course of each night, they’ll put their entire takings from the project at risk – they could genuinely leave without a penny (and they’re doing it properly, there are no hidden fees or royalties, they still take away every penny they make from ticket sales and advertising is available for members of the audience to win).

Of course, there needs to be someone in charge of making sure everything is fair, so each episode will see a celebrity guest take the role of impartial adjudicator to make sure Dick and Dom aren’t cheating. So far confirmed guests include: Barney Harwood, Angelica Bell, Melvin O’Doom and Kevin Bishop.

Tickets for the live shows are on sale now at http://therubberchicken.co.uk/dickndom.