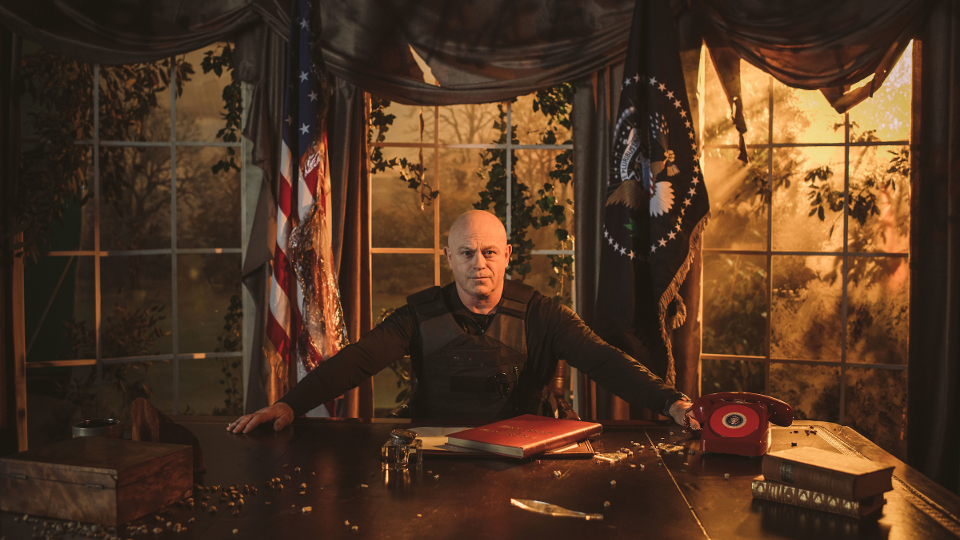 Ross Kemp, famous for exploring and reporting on some of the planet’s most hostile and extreme locations, has taken on what could be his toughest challenge yet – addressing the world from a post-apocalyptic Oval office.

Kemp’s latest mission sees him narrating dramatic stories of war submitted by players of Tom Clancy’s The Division 2, which is set in a post-apocalyptic recreation of Washington D.C.

Kemp has been tweeting about his involvement on Twitter:

Excited to be a part of Tom Clancy’s @UkThedivision 2! I’ve narrated the best community stories from the unpredictable and intense Dark Zones within #TheDivision2. Try it for yourself this weekend…@Ubisoft_UK pic.twitter.com/2l42jIP9gA

Using his own experiences to deliver the dramatic tales, including the theatre of EastEnders, military action of Ultimate Force and unpredictable tension of the extreme worlds he’s visited as a journalist, including Ukraine, Venezuela, Libya and the West Bank, Ross has narrated a number of real stories submitted by community members across Ubisoft’s UK social channels. For the very first time this is Ross Kemp on Games.

Kemp is bringing to life the combat and dramatic tension of the game’s “Dark Zones”, places where nobody is safe from enemies and teammates alike, and where breaking the rules of is actively encouraged. Each story actually took place in the frozen Dark Zone of the first game in the franchise, or in the expanded threat of The Division 2’s Dark Zones as experienced in the recent Private Beta.

View some images of Ross Kemp at the Oval Office:

‘Ross Kemp’s Tales from the Dark Zone’ will be released via Ubisoft UK social channels from today, ahead of the game’s release on March 15th, 2019. The first three films premier today, available now to view via Twitter, Facebook, Instagram and YouTube.

In this article:PC, PS4, Ross Kemp, Tom Clancy's The Division 2, Ubisoft, Xbox One