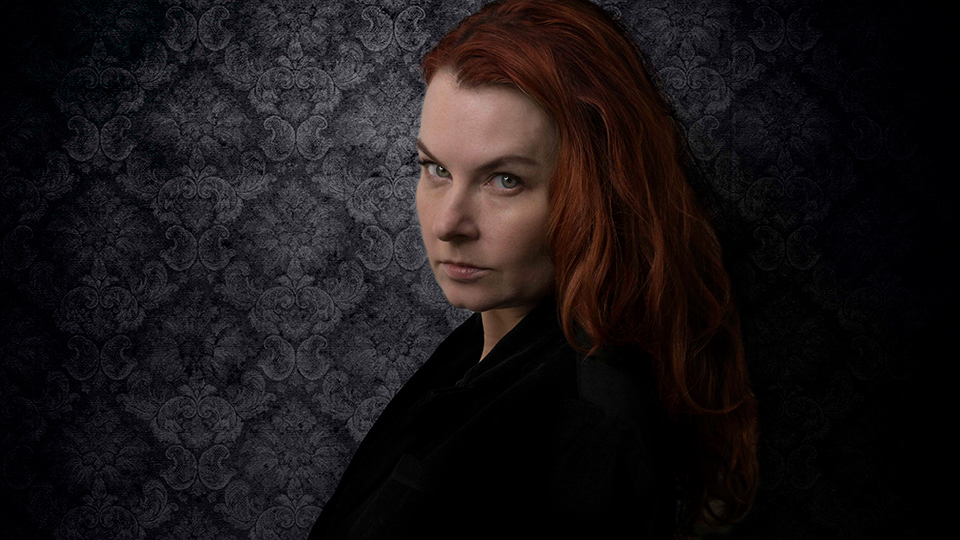 Sci-fi thriller Level 16 will be having its UK Premiere at Arrow Video FrightFest Glasgow 2019 this week.

Written and directed by film-maker Danishka Esterhazy, it’s a dystopian thriller set within a very unusual boarding school. Intense, gripping and full of surprises, the film is sure to be one of the biggest hits at this year’s festival.

I caught up with Danishka to discuss where the idea for Level 16 came from, talk about two of the film’s strongest performances, and find out more about the impressive sets used in the film.

Hi Danishka. How are you today and where does this Q&A find you?

I am doing very well! I am currently in Cape Town, South Africa. I’m shooting a new horror film here for Syfy and Warner Bros. It is a dark (and funny) reimagining of the classic television show The Banana Splits. I am spending my days soaked in fake blood. Fun!

Level 16 is receiving its UK premiere at Arrow Video FrightFest Glasgow 2019. What’s it all about?

Level 16 is a story about a group of sixteen-year-old girls who are trapped in a prison-like boarding school. It is the only home they know and they have never been outside. Until two girls, Vivien and Sophia, team up to uncover the reason for their imprisonment and to find a way to escape.

Katie Douglas is magnificent in the lead role as Vivien. How did you come to cast her and what did she bring to the table during filming?

Yes, Katie is amazing! She has a deep acting range for such a young actor. I needed an actor who could bring vulnerability, hope, anger, bravery and desperation. Katie was able to hit all those notes. I predict that she will have an incredible career ahead of her.

The biggest revelation to me in the film was Sara Canning’s performance. We’ve not seen her do anything like this before. Tell us a little bit about what she was like to work with.

Sara Canning is one of my favourite actors. Level 16 is our second feature together. And she will appear in my new horror film, too! I wrote the part of Miss Brixil for Sara. I knew that Sara would be able to build layers of subtext into her scenes. Sara is a brilliant actor who always brings nuance and complexity to her roles.

Level 16 is intense and there are lots of twists and turns. What was your biggest challenge in terms of making the film?

The usual obstacles were there – limited time and limited budget. I only had 20 shoot days with a single camera team. So, I had to be very prepared. It was essential to plan careful and minimalist coverage. Thankfully, I had great actors and a wonderful producer. Together, we made the world of the Vestalis Academy come to life.

The sets really add to the atmosphere of the film and help transport you into the world that Vivien and the girls exist in. How did you bring those to life?

I spent a lot of time in pre-production planning the colour palette and thematic symbols with my wonderful production designer Diana Magnus. I wanted to use a real location rather than a studio set because I wanted the building to feel genuinely repurposed and hidden. The city of Toronto gave us use of a decommissioned police station built in the 1950s which had been vacant since 2011. It was the perfect canvas to create layers of history for the Vestalis Academy.

What’s your favourite horror film of all-time and why?

I am torn between Kubrick’s The Shining and Amenábar’s The Others. Both are haunting, character-driven and feature gorgeous cinematography. Goals that I aspire to. But for more recent films, and sheer terror, I am a big fan of It follows, The Babadook and Don’t Breathe.

I have a cabin thriller in development called Jagged Winter. I hope to shoot that film at the end of this year! Hopefully, the funding gods will smile on me.

Why should people check out Level 16 during Arrow Video FrightFest Glasgow?