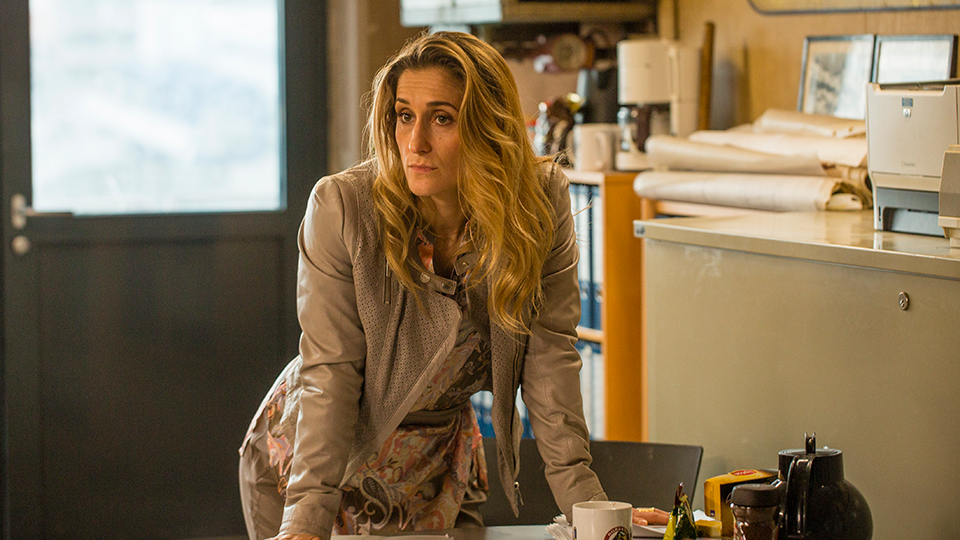 The second series of Norskov will arrive on All 4 in March courtesy of Walter Presents.

Norskov’s first series focused on three childhood friends Tom, Martin, and Bondy who have chosen separate paths in life: Martin as mayor of Norskov, Bondy as a successful but corrupt entrepreneur, and Tom who left town and became a successful police detective.

Series 2 picks up eight months after. The women of Norskov play a stronger part in the drama and reflect the themes of identity, masculinity, and crime from new angles.

When entrepreneur Casper “Bondy” Bondesen is sentenced to prison for 14 years for drug trade, his Serbian born wife Claudia steps up as head of his construction company, taking charge of her own life. The imprisonment leaves Norskov’s well-known network in pieces, old collaborations are broken and alliances weakened. Claudia’s efforts to survive and find her way, bring her on collision course with the new harbour chief Martin’s plans of bringing the town towards green energy.

A rivalry starts, with Claudia on one side and Martin and his wife Jackie on the other, fuelled by misunderstandings, jealousy, and anger. When Claudia discovers that even her own husband is working against her from prison it seems her whole world is collapsing around her, can she trust anyone in Norskov?

Meanwhile Oliver feels like a stranger among his adoptive parents Martin and Jackie, so he chooses his blood ties to his uncle Bondy and an identity as a criminal… but is he ready to pay the price of being part of a criminal brotherhood?

Advertisement. Scroll to continue reading.
In this article:Norskov, Walter Presents