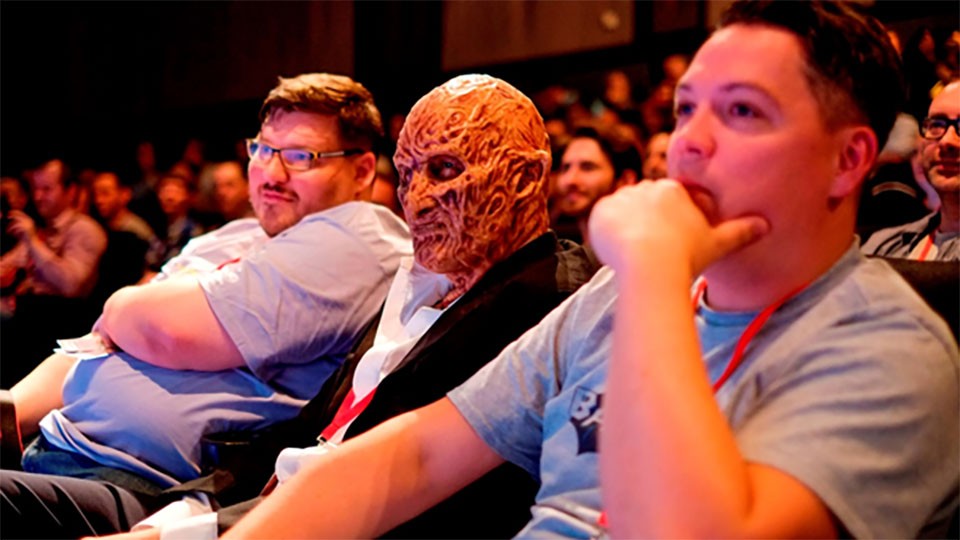 FrightFest: Beneath the Dark Heart of Cinema will be released on VOD on 4th March by Central City Media.

The documentary, which screened at the 2018 Arrow Video FrightFest in London, features a mix of newly recorded interviews, archive and behind the scenes footage. It casts an unflinching eye over the history of one of the world’s leading genre festivals.

Follow the trials and tribulations of four unlikely partners, thrown together into a high-pressure festival environment, forging horror history that’s been nineteen years in the making.

The organisers and fans chart the history of the festival and discuss the key films and events that have helped shape the event since its inception in 2000, and attempt to explain what’s been behind the festival’s ever growing success.

A host of filmmakers including Adam Green (Hatchet), Joe Lynch (Mayhem) and Dominic Brunt (Attack of the Adult Babies) also talk about their relationship with the festival and the impact it’s had on their careers. The documentary also features Gareth Edwards, Eli Roth, Robert Englund, Simon Rumley, Soska Sisters, Tom Six and Jake West.

It is directed by Chris Collier who produces along with Craig Lakin Ennis, who also edited it.

FrightFest: Beneath the Dark Heart of Cinema will be available digitally via iTunes, Amazon, Virgin Media, Google Play and YouTube.

Advertisement. Scroll to continue reading.
In this article:Frightfest