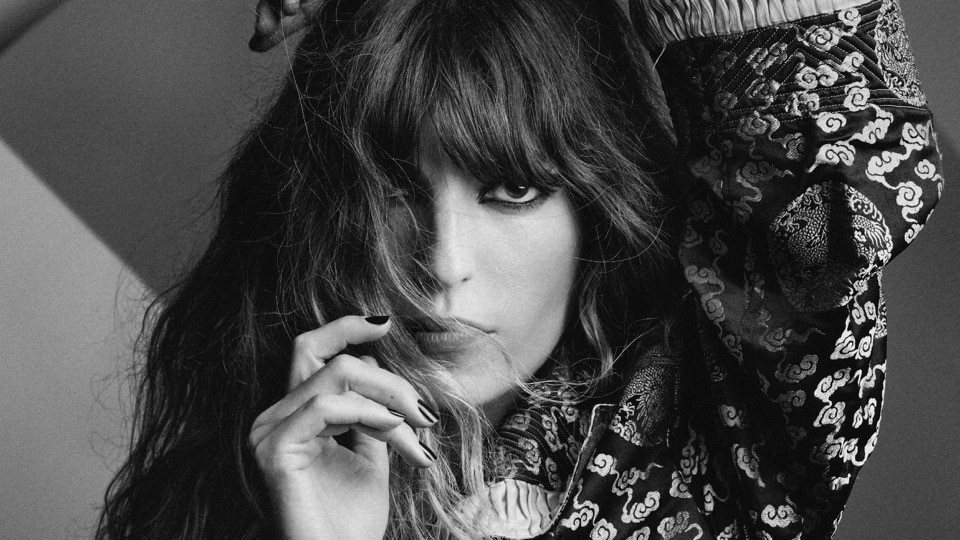 Lou Doillon could definitely be described as a modern Renaissance woman.

The daughter of actress and singer Jane Birkin and writer and director Jacques Doillon, Lou began acting full-time at 15 before turning her hand to modelling and art. In recent years, she’s also been building her career in music, releasing her debut album Places in 2012. Her third record, Soliloquy, was released earlier this month.

Ahead of the album’s release I spoke to Lou about her changing sound, her approach to songwriting, what to expect on her upcoming tour and the song she wished she’d written.

You’ve just released your new album Soliloquy – can you tell us more about it?

Well it’s great excitement. It’s always lovely to finally share it and to let it live, in a way. I feel like a weird mum [laughs] knowing that they’re soon off, and hopefully will lead a happy life.

What were your particular influences when making this record?

The idea was to try and find a way to explore different sides, like we all have. We all have many, many contradictions within us and many sources of influence, and I guess that’s because on the previous albums each time I worked with one producer. You always find yourself kind of becoming what they expect you to be one way or another, even though I’ve always been a songwriter. So they were my songs, but still they kind of evolved in their sounds.

Then what was fun was to work with three different producers. It was extremely thrilling to work very differently with each one and be able to show all the different colours that one can have in a moment in time. To be able to explore for me that love as much of The Slits as The Cure and Siouxsie and the Banshees, for example, with Benjamin Lebeau. And with Dan Levy to be able to work with relating more to the side of me that likes Nick Drake or Fiona Apple, and with my other producer Nicolas Subréchicot to be able to translate the fact that I do love a good musical and at the same time I do love Alice Cooper [laughs] – all of those different kinds of varieties. I was able to put them in the album.

This album is a bit of a departure from your last two sonically – was that something you consciously wanted to do or did it evolve that way as you were making it?

Absolutely. I realised I work in a way where I do demos. So once I’d written a song I would record it, just voice and guitar, and that’s what I would send to producers who would start imagining a sonic world around it. And I realised that when you send a song with an acoustic guitar and a voice, it’s already a certain type of colour in a way. It’s a bit like doing a drawing – if suddenly you’re drawing with inks or with pastels, it’s actually already taking a strong direction. And then you find yourself narrowing down the possibilities in a way.

So I decided I would do demos with drums and electric guitar, and to leave it very bare and kind of rough, so that producers could actually fantasise something around it or imagine a variety of worlds that I don’t think they would have been able to do if they were acoustic guitar songs. I think there’s something fragile which I love about acoustic guitar, but I did want it to be kind of shaken up for this album. I wanted to get out of my comfort zone.

Was there anything that particularly surprised you about the process of making the album?

For sure! It was extremely frightening. Because since I was the only link between all of them, I was the only one who was supposed to have a vision I guess of who was the captain. And I learnt that when you are a captain you’re kind of bluffing your way through, actually. You’ve got no-one to turn around to and to say ‘oh God, is this gonna sound good?’ I suddenly was very alone, but in a great way. I’m 36 and I thought, ‘this is the time when you have to be a chief of whatever it is that you’re doing and to be responsible of it’. And once it was done it suddenly showed its face in a way. While I was doing it it was more like being in a room with the lights off and loads of paint and at one moment you turn the lights on and think, ‘Oh God! [laughs] Is this what I had in mind?!’ And I’m very happy with the results.

Yeah. Songs are like actual people. Some reveal themselves very quickly and some you kind of have to turn around. And also some seem unexotic and go up thanks to production, and some that you thought were very strong suddenly you lose interest. So it’s a strange process. I know that the song All These Nights, for example, was a song that I loved but I never thought it would make it on the album, and suddenly it revealed itself thanks to Dan Levy’s production.

Other songs like Nothings, which is personally my favourite lyrics-wise, was one that came very calmly and very softly and actually stood by itself straight away, which was quite a surprise for me. Other songs were more complicated, like Brother. It’s always strange to suddenly talk about something that is bigger than you, in a way, and maybe about your relation to the world. It’s easier to talk about what you know best, being your heart and your brain in a way, than your relation to the world.

Do you have a typical approach to songwriting? And has that changed over time?

I guess that it’s become less… I’m starting to understand things, or have patterns now, I guess. Or patterns start revealing themselves more than before. And of course having had the experience of performing live for the last five years, that for sure changes things. When I wrote my first album, I wrote those songs before I even knew that they were gonna become an album. So it was something strange of suddenly having to be on stage and share them. For sure now I write songs and ones that I do put on an album, I know they will end up on stage and being performed. I kind of have an eye of them. Which is a bit different than before, where it would be quite pagan, in a way, of just writing because you haven’t got an option and just getting it out of you and that’s it. Now it becomes fun to look at them and analyse them and try to understand them and ‘why do you want to record them?’ and ‘why would you want to sing that?’ I guess there’s a bit more of a thinking process now. Once it’s done. Not when I’m writing. But once it’s done I look at them a bit more than I used to.

Do you ever get writer’s block? And if so how do you deal with that?

The trick I have is that I start writing when I’m on tour. Sp that at least when the tour finishes there isn’t that dreadful moment of ‘how do you get back to it?’ And often I’ve got starts of songs, and some of them don’t even end up being on the album but at least it’s like a little trail, where I leave tiny stones and I know my way back. And then it depends on every writer, I guess. I know that when the song doesn’t want to come then I should drop it. And it will come if it wants to come, and if it doesn’t there’s not much I can do.

For sure one needs to be aware of the fact that when you have the start of something you should write it down straight away because otherwise you will forget it, so now I know little tricks when I used to think ‘oh I’ll remember that’. You’re walking down the street whistling something and you think ‘oh of course I’ll remember it’ and then no, two hours later you don’t. So I do record stuff now and so that suddenly I’m watching a TV programme or watching a movie or reading a book and suddenly it sparks something, and straight away get to it. It’s a bit like an animal. You have to go with it straight away because it might not reveal itself later on.

Oh, I don’t know! [laughs] Maybe because I worked in the theatre at one point, I used to do albums where I was very obsessed by the idea that everything that I was gonna record had to be played live exactly the same way. I guess that this album I’ve had more fun with it, because when I worked with Taylor Kirk on my previous album we had a wonderful conversation where he said, “Making an album can be very different from what’s on stage and that’s all right.” And it completely freed me from thinking ‘oh yes it’s true’. I can do things on an album that maybe I’ll never be able to do on a stage and never mind, in a way. Maybe live performance doesn’t have to do with being so rigorous, doing exactly the same thing. So right now I’m starting the process of transforming those songs to be able to be live, and I’ve just started so I don’t know yet what the result will be. But it’s extremely thrilling to have that permission.

What have you learnt from your experience of touring and being on the road?

That we’re all absolutely the same, which is wonderful. Music is the most universal language, and what a thrill to see whether we understand lyrics or if we don’t, the connection if it does happen is always the same. And that’s so beautiful. I was lucky to be able to play in South Korea and Japan and Australia and America, and I realised that music is one of the best common languages that we all have. And that’s absolutely thrilling.

Is there anywhere you’ve particularly enjoyed performing when you’ve been touring?

No, I would say every city I’m always surprised. I’m always surprised anyone shows up anyway, so… [laughs]. That’s the biggest surprise, and what a strange job this is. And then every venue is different, and every face that I can lock onto in the crowd is always so beautiful. So I’m always very thrilled and excited.

You came to music relatively late in your career. Do you think that’s influenced your approach in a way that it might not have if you’d started when you were younger?

For sure, for sure. I think that there’s a form of that dreadful word maturity, in a way. It has to do with being as honest as one can and finding what we all have in common, I guess, rather than just trying to show on stage how different and exceptional I am.

Oh, many, many! I guess… Diamonds And Rust, by Joan Baez.

Advertisement. Scroll to continue reading.
In this article:Lou Doillon