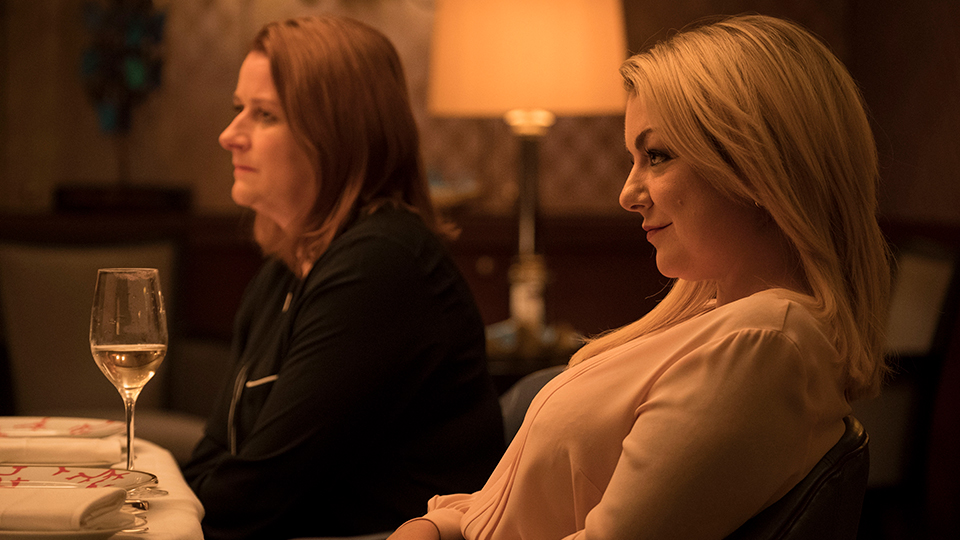 Cleaning Up left viewers with their jaws on the floor last week by delivering one hell of a cliffhanger.

If you don’t want any spoilers for Cleaning Up we suggest you stop reading this article right now.

After spending the episode thinking Sam (Sheridan Smith) was going to get caught by compliance manager Frances (Rosie Cavaliero), it was revealed that Frances was in on the scam too. We’ve got a clip from this week’s episode that’s sure to whet your appetite.

In the clip Sam is seated next to Frances as she holds her own with Graeme (Con O’Neill) and Swanny (Lloyd Owen). Watch the tense scene below:

The synopsis for episode 4 of Cleaning Up is:

Terrified that her identity will be revealed, Sam navigates her way through the Network meeting. Promising Swanny that she can fill Blake’s shoes, she is left with the impossible task of acquiring secret information about an upcoming property deal. Sam ropes in Jess and Mina to help with her biggest scam yet, but things don’t go according to plan.

Trying to keep her head above water in this new world she’s found herself in, Sam is also under pressure at home. Determined to prove how much she cares for her daughters, Sam attempts to appease Alice by confronting her demons, and tries to organise a big Birthday party for Lily. But her spiralling debt catches up with her and Sam is forced to make huge sacrifices and rash decisions.

Cleaning Up airs at 9pm Wednesday on ITV.