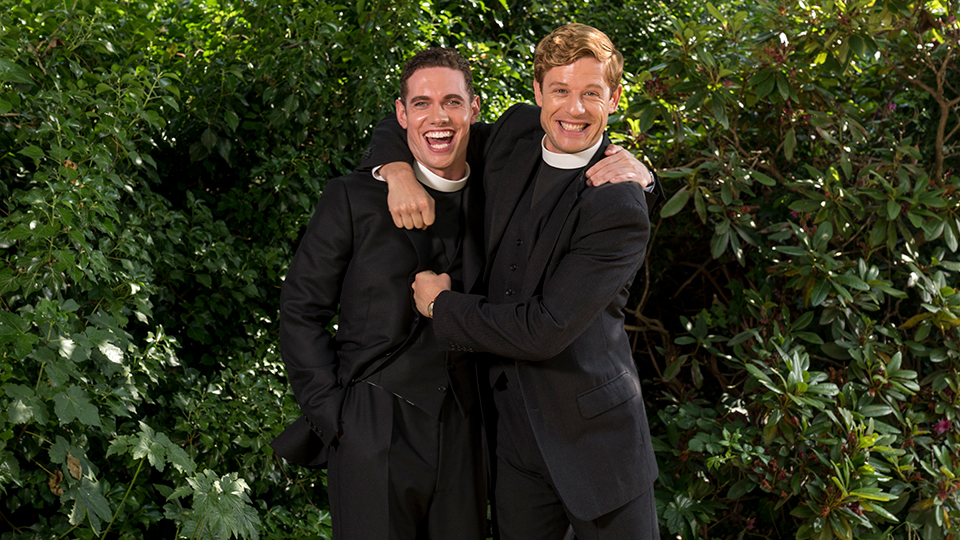 Grantchester is back for its fourth series tonight on ITV and we’ve got our hands on a preview clip.

Leonard then introduces Will to Sidney, who reveals he’s been told he’s a liability but not as bad as Sidney is rumoured to be.

As you probably already know by now, James Norton will be departing the show during the new series. Tom Brittney’s Will Davenport will become DI Geordie Keating’s (Robson Green) new partner.

In tonight’s opening episode Keating and Chambers investigate the murder of Reverend Nathaniel Todd’s (Paterson Jospeh) son Charles (Tok Stephen) who is stabbed by a mystery assailant and left to die in his father’s arms.