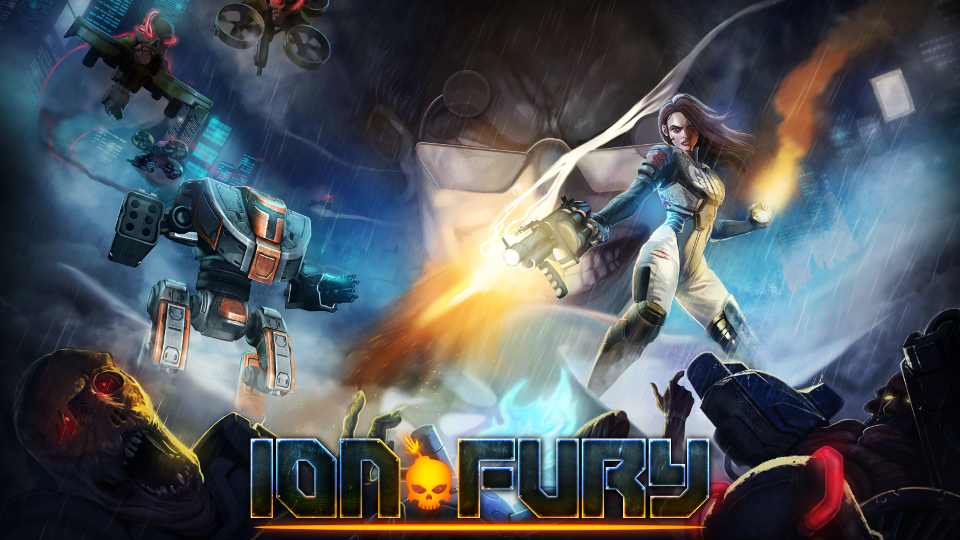 The authenticity of Ion Fury is a massive part of its charm and for me, an uncompromising selling point. Crafted in the classic Build engine, a large majority of gamers will undoubtedly recognise this as the engine employed for monster hits like Duke Nukem 3D, Shadow Warrior and Blood. This means a fantastic array of 2D flat images for sprites, coloured by a 256 palette of gloriousness. Used in a modern age, there are all sort of ways to get the best out of retro technological limitations, and 3D Realms is writing the book on it.

Watch the Ion Fury trailer below:

The demo campaign is available now and is highly suggested from myself. It’s a blast to play and will leave you undoubtedly amped for Shelly’s full ride through. Unlike the Marine in Doom, Shelly takes a page out of Duke Nukem’s book of one liners and delivers in-game sass as she’s mowing everything down in her path with a hail of bullets.

It looks like the levels will revolve around the classic keycard scheme: colours coordinated to open certain doors, but not without firefights to simply get through them. Shelly will also have a solid inventory of cool weapons–defaulting on the demo campaign to a six-shooter named Loverboy that really packs a punch. The 2D worlds also look to be interactive–something that was so beloved about these cheeky FPSes. You’ll be able to break pane after pane of glass until your heart’s content and blow explosive barrels sky high.

View some Ion Fury screenshots in our gallery:

Ion Fury runs like butter and feels so devilishly good to play. Nostalgic gratification is filled beyond its meter and coupled with the modern twists, you’re likely to have a retro masterpiece on your hands. Even in playing the demo campaign, I can already tell this one is going to be huge–so strap in, cock that hammer back, and let’s get our hands good and wet.

Ion Fury is coming to PC, Xbox One, PS4 and Nintendo Switch in 2019. Check out the official Ion Fury website and Steam page for more information.

This article has been updated to reflect the name change from Ion Maiden to Ion Fury.