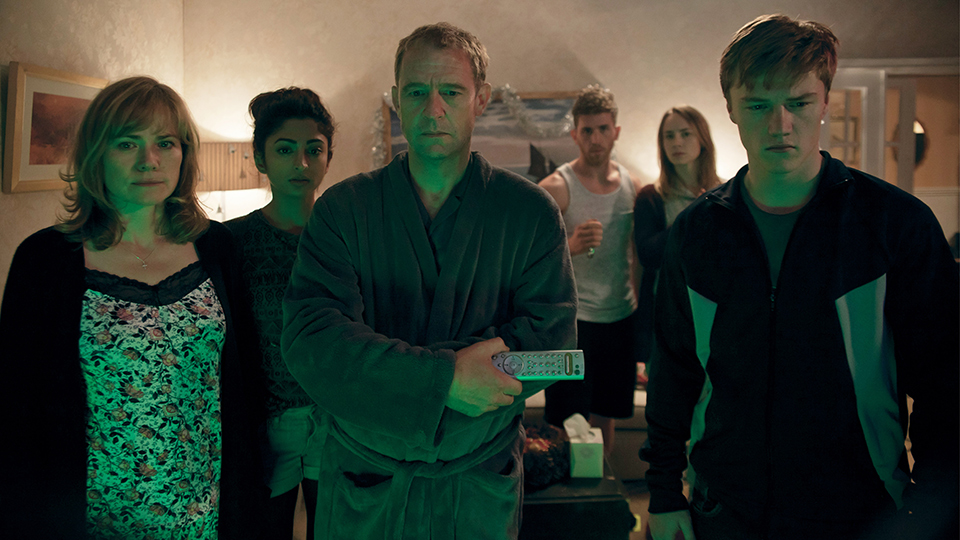 Johnny Kevorkian’s (The Disappeared) mind-bending body horror Await Further Instructions will be release in UK cinemas and on Premium Video On Demand from 7th December 2018.

It’s Christmas Day and the dysfunctional Milgram family wake to find a mysterious black substance surrounding their house. Something monumental is clearly happening right outside their door, but what exactly – an industrial accident, a terrorist attack, a nuclear war? All their limited information now comes from the television. But as the ominous gogglebox exerts an ever more sinister grip on their psyches, their terrified paranoia escalates into bloody carnage.

Described as ‘a powder keg of throat-grabbing suspense’, Await Further Instructions is produced by BAFTA-nominated Jack Tarling, the producer of God’s Own Country.

In this article:Await Further Instructions