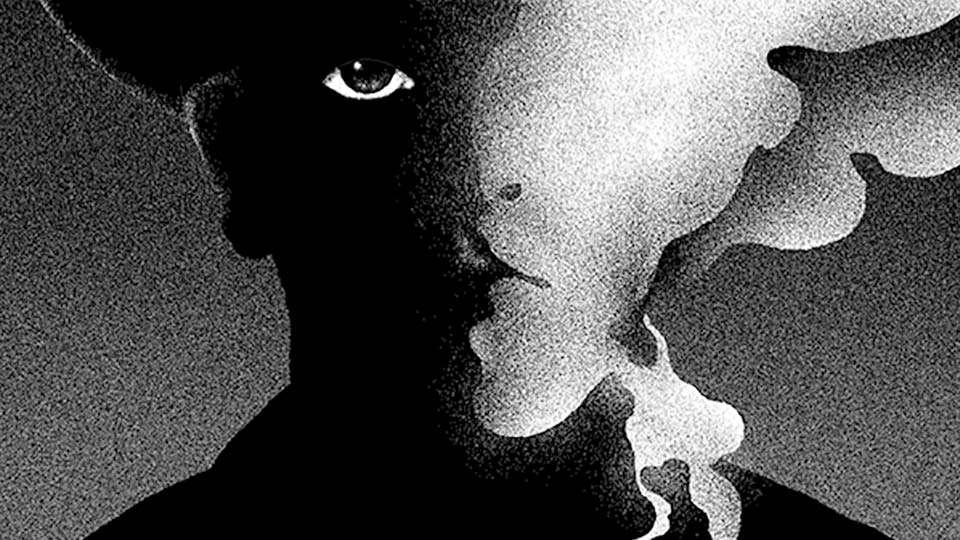 Holmes has become the most lauded sleuth in literature, his capricious character kept on a level by his unflappable assistant, Dr Watson. Together, the pair investigate the insalubrious environs of Victorian London to solve a string of complex crimes. We begin with ‘A Scandal in Bohemia’ – the only Sherlock Holmes story to feature his female adversary Irene Adler – and reach a thrilling finale that features a duel with his nemesis Professor Moriarty in ‘The Final Problem’. In between, Holmes must foil a bank heist in ‘The Red Headed League’, locate a missing race horse in ‘Silver Blaze’, and deduce how a man died in a locked room with just his innocent wife present in ‘The Crooked Man’.

As winner of the 2018 Book Illustration Competition, hosted annually by The Folio Society and House of Illustration, Max Löffler was awarded the commission for this edition. His style creating optical illusions through perspective and negative space, adds menacing realism to the nine black and white images and a contemporary twist to the tales.

The introduction for this edition is provided by Michael Dirda. As well as being a Pulitzer Prize-winning literary journalist, he is also a member of the world’s oldest Sherlock Holmes society, The Baker Street Irregulars. Over the years he has written and lectured frequently about Sherlock Holmes and his book, On Conan Doyle, received a 2012 Edgar Award from the Mystery Writers of America.

In his introduction, Dirda says about the ten stories included in this collection, “Whenever or wherever you begin one of them, a deep contentment quickly follows, as if you were settling into a soft easy chair, near a blazing fire, with something warming to drink close at hand.”

The ten Sherlock Stories collected in this edition are:

The Selected Adventures and Memoirs of Sherlock Holmes by Sir Arthur Conan Doyle, illustrated by Max Löffler and with an introduction by Michael Dirda, is available exclusively from The Folio Society.

In this article:Arthur Conan Doyle, Max Löffler, Michael Dirda, The Folio Society, The Selected Adventures and Memoirs of Sherlock Holmes