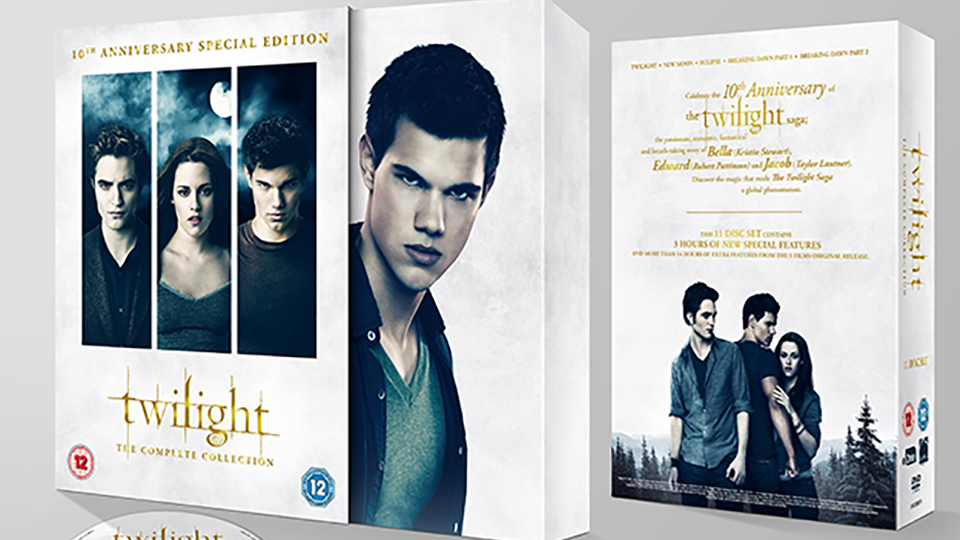 The 10th Anniversary of The Twilight Saga will be marked with the releas of a new boxset on 5th November 2018.

The Twilight Saga stars Kristen Stewart as Bella, Robert Pattinson as Edward and Taylor Lautner as Jacob. The story centres around the love triangle between the three and is based on the best-selling books by Stephenie Meyer.

The films were released in cinemas between 2008 and 2012, and they’ve taken over $3.3 billion at the global box office.

The new features on the release include: