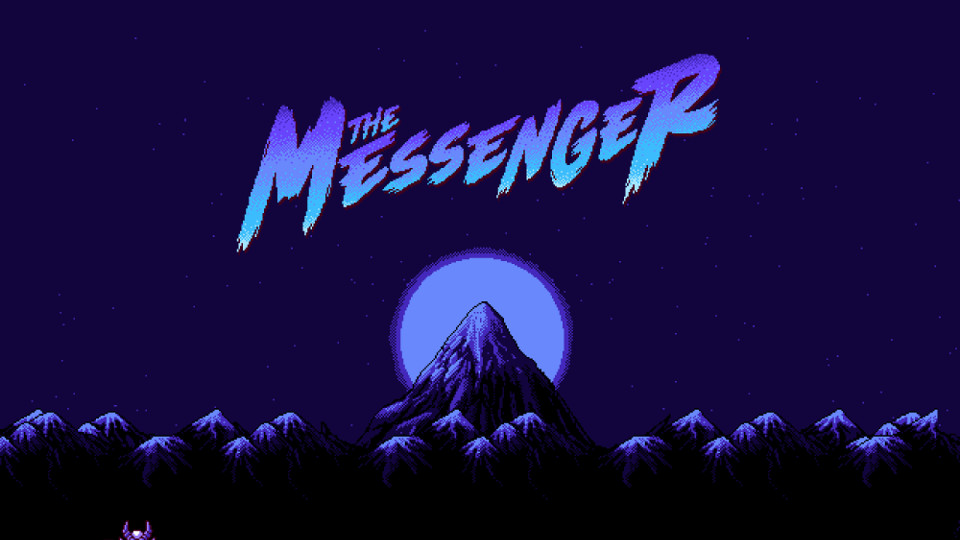 The Messenger shines in such a multifaceted way that it’s hard to pinpoint just one thing that makes it so great. Playing on people’s nostalgia isn’t an unknown trick in the video game industry, but to do it in a way that is a genuine tribute is something even more rare. Taking a look into Sabotage’s smash hit first release, I wasn’t disappointed. For being a studio that ‘specialized in retro aesthetics and modern game design’ they certainly mastered the marriage of the two to bring us a new classic: The Messenger.

Staring in, The Messenger’s story is a huge highlight. It’s simple, effective and truly makes you feel like you’re that cool ninja from 80s and 90s cinema successfully manifested. Your clan and village are in peril and the only thing that can save them is delivering a scroll. The orders are clear, but vague as you assume your role as The Messenger. To round it out, you’ll come across a very eclectic cast of characters, to which the writing really dazzles. It’s not overly complicated with unnecessary chatter but quite the opposite. Characters, like the merchant will get you laughing when they sass at you and break the forth wall constantly. Bosses are also an endearing bunch (which is not a sentence you often read!).

Watch The Messenger gameplay trailer below:

The abilities in The Messenger also take it to the next level. Not only are they all wildly fun to incorporate in your gameplay, they mark a progression that feels very natural. Most of your abilities will be within a talent tree of sorts–buyable at the magic merchant in exchange for the crystals you pick up. These will be things like hit point upgrades and boosts in your general move set like swimming. Other abilities come within the levels–you may find yourself in a situation on a board where you can clearly see a physical shortcoming. In this case, you’ll be handed the ability with the simple earning being that you got there, and in turn feel rewarded and accomplished as a player.

Everything about the level design and art style scream NES-era. Each screen feels like an individual board to play through, with depth and a truly immersive pixel environment enveloping it as you work your way through. The Messenger’s animations are fluid and feel modern without sacrificing the retro appeal of it.

Working your way through a level isn’t just about hacking and slashing–it’s a huge part of it, but often you’ll find yourself having to flip switches and use your platforming chops to move around from point A to point B. Cloudstepping, the very first move, is a keystone to how you’ll progress through the game. It’s an easy move to do, but can be a bit tricky to master with a rhythm that will never fail you. Timing jumps, not just with cloudstepping involved, is an interesting way to test the player’s patience. Enemies will also trip you along the way–most aren’t particularly hard. When you reach them, a simple slash of the sword often does the trick, but where it gets a bit hairy is in, like I mentioned before, the timing. Enemies that blow fire or throw spikes will become an issue and more often than not their projectiles, not the enemies themselves, will be the cause of your demise. All this is a nice way to require that you be cunning and clever, much like the ninja you embody.

View some screenshots from The Messenger in our gallery:

In terms of demise, The Messenger handles death in a very interesting and refreshing way. Trading game overs and limited lives in, you have a little fella that will follow you around after being resurrected for a limited time. He’s sassy and fun, but as far as payment for the resurrection, he’ll snag your currency away as you receive it. Nipping away your treasure as you get it is a minor annoyance, but I’ll trade it any day for the threat of a game over…and in turn this makes risk taking something that is highly encouraged and not overly punished.

Things do tend to get a bit silly at times, and I must admit The Messenger is a game I can only play if I’m in my ‘sweet spot’. Your reflexes have to be on a Mega Man 3 level–room for error with a handful of hit points at your dispense, but they will vanish quickly if you’re an average player pretending to be a ninja master. When playing The Messenger, I would sit down and have a go for a level or two, but then find myself frustrated and having to recuperate, come back later, and try again. The silver lining here is that I always came back–The Messenger played in my head and came out of my mouth as I raved about it to those around me. Even amongst my temporary frustrations, The Messenger stood out as a great game.

There’s not just one thing about The Messenger that makes it special, but a robust list that accomplishes that feat. There’s no doubt that Sabotage knows their stuff when it comes to their highlighted manifesto. The love in their work is packed in and comes out so beautifully when you play, that it’s hard not to fall for it instantly. It goes without saying, but I will anyway: I very much look forward to what this studio has to offer in the future!

The Messenger was reviewed using a digital code supplied by the publisher.

Advertisement. Scroll to continue reading.
In this article:PC, Sabotage, Steam, The Messenger