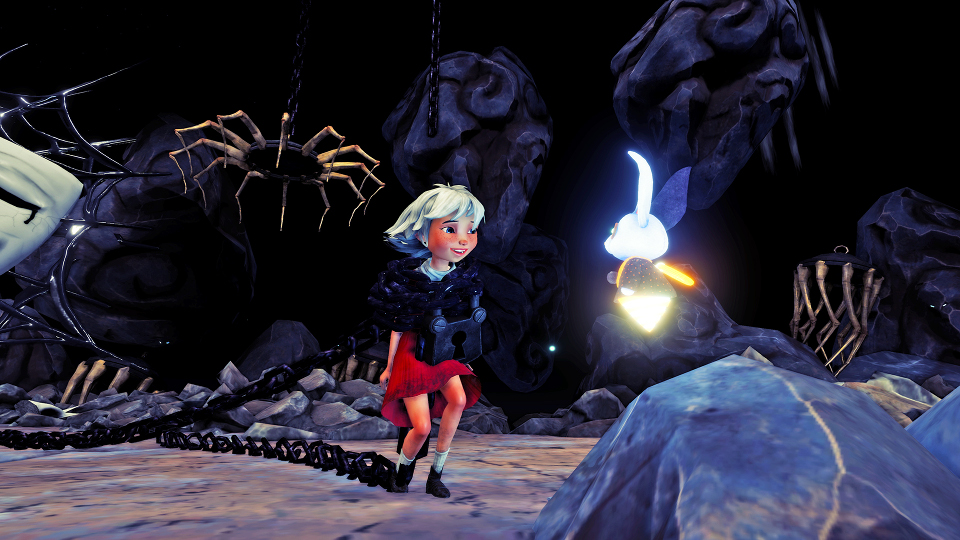 Illusion: A Tale of the Mind comes through the gate with a strong title and an even stronger concept attached. Frima Studio Inc. and Groupe PVP Inc. step to the screen to bring you a fascinating and dark journey through an illusionist’s mind.

Illusion: A Tale of the Mind centers around two very important things for the duration of the game: the puzzles and the story encompassing them. The puzzles are quite unique. At times they can seem repetitive as you’ll get a lot of ‘match this image up’ type scenarios, but the images and the way they’re done are actually quite intriguing. What seems to be a simple turn of a wheel or line up, can turn out sometimes to be twenty minutes of hard thinking or blind trying. The solutions are satisfying and worthy of the process. It’s a lovely touch in a mad world.

Watch the Illusion: A Tale of the Mind – Wicked Mind trailer below:

You have a fairy-like sidekick that follows you around, guiding your way and giving you vague hints. They’re pleasant enough, and lend in positive ways to the storyline–you’ll often chat back and forth between it and Emma trying to make sense or digest an event or surrounding. However, if you do get temporarily stuck on a puzzle, which is very likely to happen, they will nag at Emma in a voice loop, saying the same lines over and over again. I have to admit that I did mute my television once or twice as the repetitive sound of a tiny voice in my ear did not lend any help to the concentration needed at hand.

The story is really where it all shines and shows off. Difficult to frame without giving away spoilers, there’s an interesting cast of characters that really feel like they have all their own established personalities. I found myself becoming attached to some of the narrative due to the way the voice actors delivered their lines. There’s a lot of quality and care put into bringing something that’s outside of the box in terms of plot, and it very much shows.

In addition to a loose linear storyline, you’ll have different bits and bobs to collect along the way. They’re usually not that hard to find, simply veering off a path into a building or taking a little extra time to explore your surroundings will turn something up. The gramophone collectible will reward you with an extra snippet of story coming in the form of a mini recording of a character. As you’re just as much in the dark as the main character Emma is, it helps very much to seek these items out–helping flesh a strange and spellbinding tale out.

View some Illusion: A Tale of the Mind screenshots in our gallery:

Unfortunately, there’s a very notable thing Illusion suffers from: the graphics. Often feeling like I could be looking at something from the late-late PlayStation 2 era, Illusion: A Tale of the Mind has a time to shine with absurd and impossible visuals. A twisted carnival and Parisian backdrop lend a hand in setting the scene to only grow in creativity–and conceptually, it does. However, some of the models just seem…underdone. Also, it seems to be a footnote most of the time, but when you’re taking a jog to the next area you’ll see a drop in framerate on the Xbox One that’s hard to ignore–especially for a game that relies so heavily on its player remaining immersed into the story.

Illusion: A Tale of the Mind is a unique game, with lots of thought put into the story. The puzzles are a great time, and collecting things is always something I enjoy doing in a game. Illusion: A Tale of Mind does suffer from some major faults though, and I’m not sure it lives up to the £15.99 price tag (Steam). However, it is worth looking into, so you might wish to pick this one up when it goes on offer.

Illusion: A Tale of the Mind was reviewed using a digital code supplied by the publisher.

In this article:Illusion: A Tale of the Mind