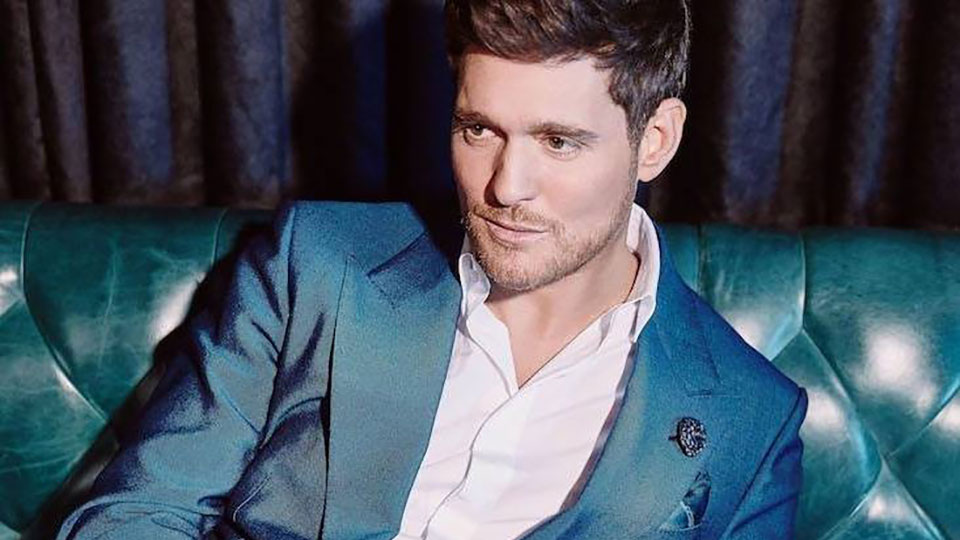 Michael Bublé is enormously popular in the UK and we were one of the first countries outside of his native Canada to embrace his music. Since the release of his major label debut album in 2003, we’ve had a pretty intense love affair with the charismatic singer who specialise in covering American standards as well as recording his own self-penned material. Following the release of his seventh studio album Nobody But Me in 2016, Bublé stepped away from the limelight to focus on his family when his son Noah was diagnosed with cancer. Two years on and Bublé is back to performing and has a new album on the way, Love, in November.

Last night marked the superstar’s only UK arena show this year and followed his performance headlining British Summer Time in Hyde Park a couple of months back. Backed by an impressive orchestra and with a stage that featured a cat walk down into the middle of the audience, Bublé kicked things off with Feeling Good, a song that by this point has become one of his signatures. On particularly playful form, Bublé spent his 90-minute set performing selections from across his catalogue, along with a handful of new songs from Love, and regularly interacted with the audience in his cheeky style.

The first of the new songs in the set list was I Only Have Eyes For You, which received its debut live outing last night. The jazz standard perfectly fits Bublé’s style and it sees him continuing to celebrate the music that he loves and has influenced him over the course of his life and career. Where or When, a song from the Rogers and Hart musical Babes in Arms, was one of the evening’s highlights. Bublé talked about his belief in reincarnation as he introduced the song and explained how he felt he’d already met his children before they were born. It gave the song a poignant and emotional twist and it was one of his best vocals of the night.

In the middle of the set, Bublé slowed things down for a few ballads including Van Morrison’s Crazy Love and a soaring rendition of his classic hit Home. Showcasing his engaging and funny banter, Bublé encouraged the singletons in the audience to find a couple to go home with for a threesome but warned they must get permission and consent. Prior to that he handed the microphone over to a man named Marcus in the audience who has aspirations to be a singer. Bublé watched in surprise as Marcus sang part of Ed Sheeran’s Lego House and continued to express his amazement throughout the rest of the show.

Knowing exactly what the audience wanted, Bublé dug deep into his back catalogue for renditions of Me and Mrs Jones, Sway and I’ve Got the World on a String. Nobody But Me, the title track from his last studio album, was an upbeat gem that got the audience singing and a cover of Chuck Berry’s You Can Never Tell had everyone twisting away. For his final song Bublé chose Always on My Mind, which proved very emotional for him and I wondered at one point if he would be able to make it through. Before singing the song he thanked the audience for their love and support, barely able to hide the emotional tremble in his voice.

As the song ended Bublé moved to the back of the stage before exiting and the house lights coming on. The audience hung around for a few minutes, expecting an encore but alas it wasn’t meant to be. That made the show feel like it ended a little abruptly, which is really the only complaint I had. Bublé was on fine form vocally and it was an absolute joy to watch him back on stage, doing what he does best. He’s one of the world’s greatest stars and without a doubt the finest male vocalist in music today.