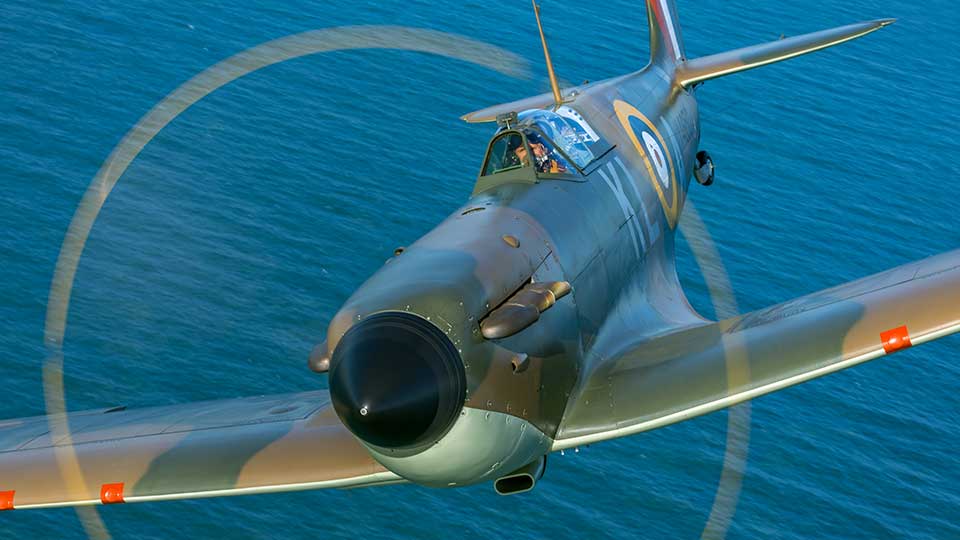 Following a successful ‘One Day Only’ Cinema event this summer, to commemorate the RAF’s centenary year, and a theatrical release that saw the film gain rave reviews across the board, Altitude Film Distribution will release the incredible documentary, Spitfire, on Blu-ray and DVD 10th September.

Available on Digital now, Spitfire is a cinematic, epic, sweeping tale of determination, vision and courage. It is the story of an aircraft that was forged in competition, shaped as the war clouds gathered and refined in the white heat of combat – going on to become the most famous fighter craft ever made.

Breath-taking aerial footage from the world’s top aviation photographer John Dibbs is combined with rare digitally re-mastered archive film from the tumultuous days of the 1940s, when the Spitfire’s power in the skies was unrivalled. A beautiful original score from composer Chris Roe, and the roar of the famous Merlin engine, creates an incredible soundscape to make this a striking and poignant film.

Spitfire also explores how this extraordinary aircraft thrives today and how it has become an international icon.

To celebrate we’ve got 3 copies of Spitfire to give away on DVD. Enter below for a chance to win: