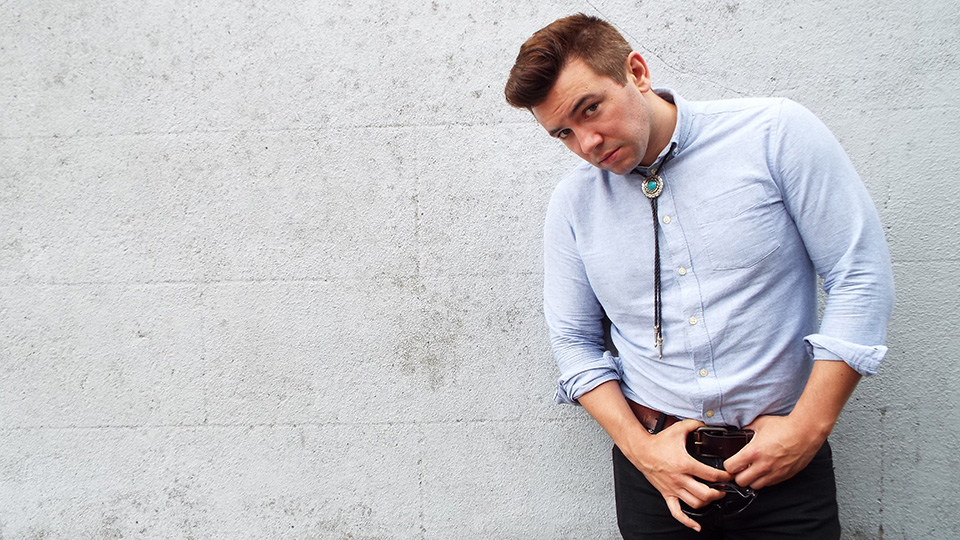 Eoin Glackin has released the music video for his new single High King Falls, available tomorrow (Friday 31st August 2018), and you can watch it exclusively here.

In the video Glackin is dressed as a Roman Emperor and sat in a throne. He’s enjoying a fruit platter and a goblet of wine, as he performs the song to camera. You can watch it below:

Talking about the song Glackin explains, “This song is about the frustration and confusion of watching things we felt sure of for so long slip from their perch and show themselves to be fallible. Then slowly coming to a realisation that there is no one all-encompassing truth or way. It’s up to every one of us to piece our own jigsaw together and not settle for comfort in some shared identity where our own nuanced thoughts and opinions get eroded. That’s when we get left open to bad things.

I had the words of the great Bruce Lee in my ear writing this, ‘Where there is a way, there lies the limitation’.”

He goes on to discuss the inspiration behind the sound of the song saying, “Musically, the song took shape in an unusual way for me.

I was invited on tour opening for the hard rock band The Darkness a few years back, but as a solo acoustic act. I was worried the crowds were going to eat me alive so I came up with a song with a heavy guitar riff I could play on a loop pedal to make me sound bigger than I was. The song the riff went with at the time wasn’t much good but later when I merged it with the lyrics of High King Falls, which started life as a folky kind of song, it seemed to click together and had this sense of menace.

As for The Darkness crowds, I needn’t have worried. They were just music fans and treated me great.”

The Dublin-born singer-songwriter will release his new album Fires Of Innocence on 28th September 2018.