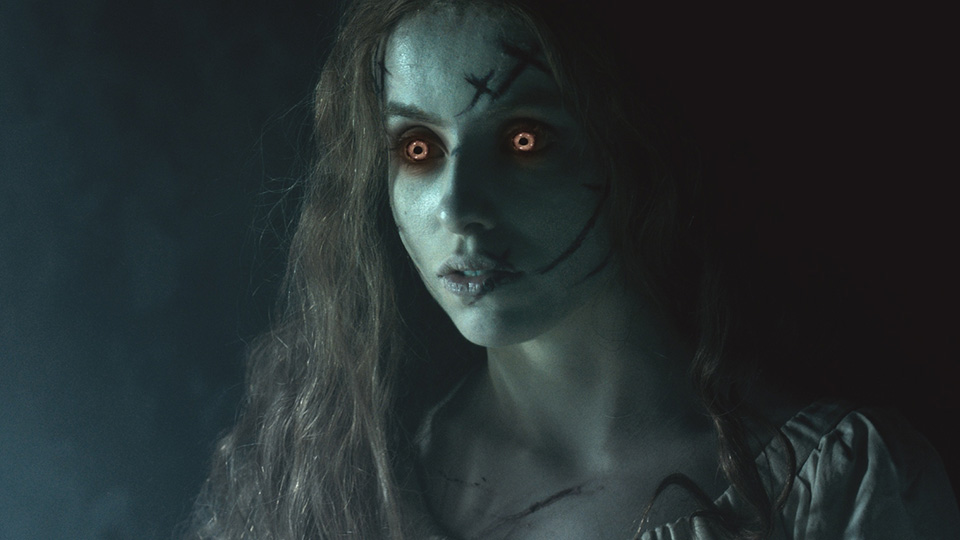 About to be found guilty of witchcraft, Persephone (Hannah Arterton) is given a reprieve when she is saved by Reverend Mother (Clare Higgins) and taken to a convent. Soon learning that her life is far from safe, Persephone meets other young women ‘saved’ by the nuns and has to quickly adjust to living with a new set of rules. Persephone starts to see a demonic creature around the convent but when she tries to warn the others, she attracts the wrath of Reverend Mother. Plotting to escape, Persephone has to keep her wits about her while getting her new friends on side to help execute her plan.

Heretiks is one of a handful of films that explore the nun trope of horror at this year’s Arrow Video FrightFest. The latest film from Paul Hyett (Howl), it takes the viewer to a very familiar place that has been tread many a time over the years. The early indication that witchcraft may become the central focus of the film doesn’t quite emerge in the way I hoped it would and the first hour is fairly slow-paced. Persephone’s arrival at the convent and her subsequent punishment for breaking the rules, starts to get repetitive quickly but Hyett breaks it up with some creepy moments.

One of the problems that Heretiks has is that it doesn’t really break any new ground. I felt like I’ve seen this story done before and when compared to other festival picks St. Agatha and Luciferina, it pales in comparison. Another issue is the distracting sub-plot involving Ellis (Freddy Carter), the love interest of Persephone’s closest ally Catherine (Emily Tucker). Ellis isn’t in the film enough for us to care about and he doesn’t really get fleshed out as a character. The character is used as a means to drive the story to the end but I didn’t feel like it actually needed him.

The film’s saving grace is genre favourite Clare Higgins as Reverend Mother. She’s suitably menacing and really does bring fear to the screen every time she appears. I enjoyed her performance but wished the film had been able to match it. Hannah Arterton does an adequate job but her character is so under-written that you know where she’s going to end up, just minutes into the film. I didn’t feel that we really got under her skin or knew enough about her to really care.

I had really high hopes for Heretiks but unfortunately it fell way short. With so many films already existing within the nunsploitation genre, this needed to do something different but it didn’t. Heretiks fumbles and stumbles its way to a conclusion that left the final showdown to happen off-screen. I felt that was a bit of a cheat for the audience and I couldn’t help but feel disappointed as the final scene came to an end.