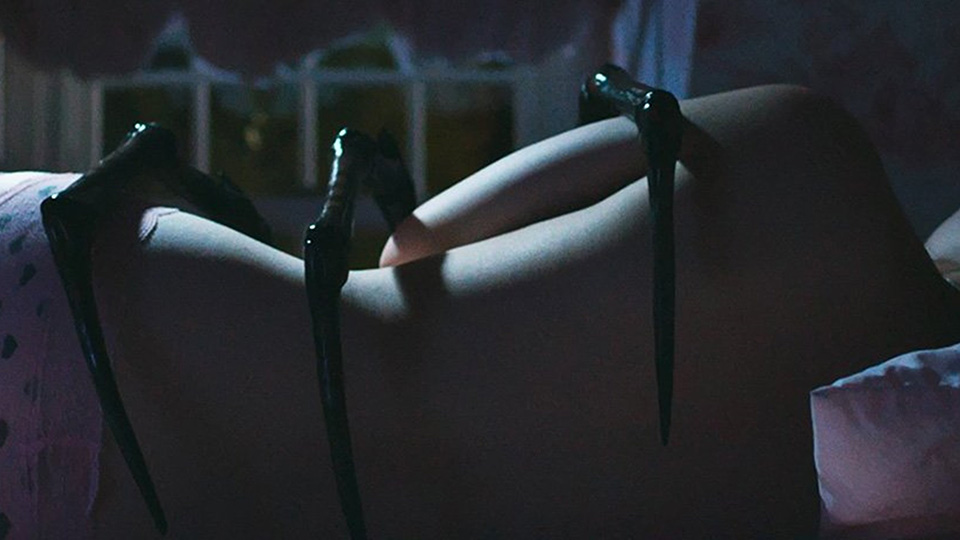 Following a shocking incident Marcus (Trevor Long) retreats to his family home in New England to get his life back together and deal with his deep-rooted issues. Once there he’s asked by his brother Michael (Chris McGarry), who is going through a separation, to look after his niece and nephew, Lily (Andrea Chen) and Spencer (Garr Long). With Lily in the house, Marcus starts to become uncomfortable as he battles a mysterious sickness and starts to fear that having his niece around will bring his inner monster out.

Seeds is a curious addition to the Arrow Video FrightFest line-up. Not truly a horror movie but more disturbing than your average thriller, it’s the kind of movie the festival likes to catch you off-guard with. At its heart, Seeds is a story of forbidden desires and an exploration of trying to keep those at bay, even when temptation is directly in your path. Marcus has inappropriate feelings towards his niece Lily but it’s quickly established that she is more than happy to reciprocate. Their relationship is very uncomfortable to watch from the outset but director Owen Long, who also wrote the story, switches things around refusing to go down a well-trodden narrative.

While Marcus tries to suppress his desire for Lily, which becomes harder and harder as she continues to make moves on him, the viewer is shown that he seems to be tackling some kind of real disease. It’s never specifically stated what he’s suffering from but it’s safe to assume that the ‘monster’ inside him is an allegory for Marcus trying to suppress his true nature as a sexual predator. Frequently Seeds is uncomfortable to watch because Marcus and Lily don’t adhere to any kind of normal relationship that you would expect from an uncle and niece.

Trevor Long and Andrea Chen deliver incredible performances. Long says so much through his physicality and expression, while Chen relishes in playing the seemingly innocent but actually sexually-charged Lily. Their chemistry is palpable and it makes you feel a lot of feelings that you’ve absolutely no idea what to do with. Owen Long’s direction uses the camera to make you feel like you’re looking through Marcus’ eyes and it adds to the overall discomfort of the film.

Seeds is a film that’s going to be very divisive. On the one hand it feels like the film is explaining away inappropriate sexual conduct by classifying it as a disease but on the other it’s a clever way to look at a very difficult and taboo subject. There is a supernatural element added into the mix that helps to illustrate Marcus’ battle and it’s often incredibly creepy. Seeds won’t be to everyone’s taste but it’s a bold piece of film that is quite unlike anything you’re likely to have seen before.

SEEDS from FrightFest on Vimeo.