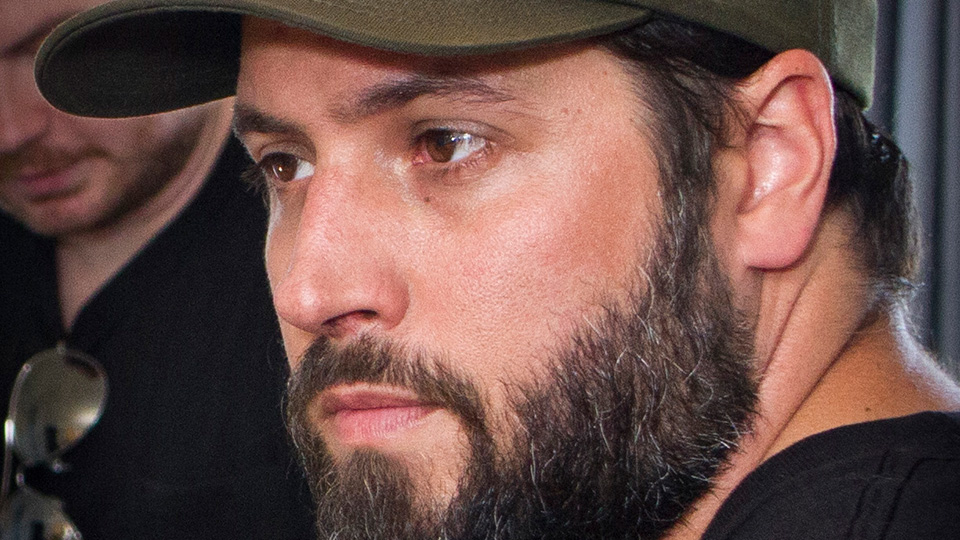 Writer/director Jon Knautz will be bringing his latest film The Cleaning Lady to Arrow Video FrightFest this weekend for its World Premiere.

Co-written with the film’s leading lady Alexis Kendra, The Cleaning Lady gives a new twist to the Single White Female story of obsession. I highlighted The Cleaning Lady as one of the films on the Main Screens you need to catch during the festival.

I had a chat with Jon to talk about how The Cleaning Lady evolved from a short to a feature, discuss the balance of genres in the film, and to find out what else he’s got coming up.

Hi Jon. How are you today and where are you speaking to me from?

Your film The Cleaning Lady will be receiving its World Premiere at Arrow Video FrightFest this week. What’s the film all about?

It’s about a woman named Alice who befriends her cleaning lady, Shelly, in hopes of distracting herself from an on-going affair she’s involved with. However, Shelly begins to grow a very twisted and psychotic obsession with Alice, eventually turning her life into a complete nightmare.

You made a short, which was the source material for the film. Why did you decide to expand on your short and make a full-length feature?

Actually the short was made as a proof-of-concept in order to raise financing for the feature. We already had the full script written and had every intention on making it into a feature. The short was really just a way to kind of test the waters and gain some attention for the project.

Alexis played the role of Shelly in the original short but she plays Alice, the heroine, in the film. What was behind the decision for her to switch roles?

At first I was concerned about Alexis playing any of the roles in the feature because she already had so much on her plate with producing and production designing. But I knew she could handle the emotional spectrum of Alice’s character so I suggested she played Alice instead of Shelly. As a director, when you’re positive that someone can handle a particular part, you stop at nothing to cast them. Thankfully she agreed.

Alice is a love addict that’s having an affair with a married man. She’s not the most sympathetic character yet I did find myself caring about what happened to her. In what ways did you make sure the audience grew to like her despite her flaws?

I think a lot of people can relate to Alice’s situation – you hear so many stories of women who get involved with married men and they’re looked down upon. And I’m not saying that what they’re doing is right, but love is a powerful drug and it’s surprising what it can do to even the strongest of people. It happens all the time. I think characters in films that have flaws are so much more interesting than the ones who don’t, because it makes them relatable. But there’s a big difference between someone who’s made a mistake vs. someone who’s intentionally bad. Alice has made a mistake, and I think what makes her likable is the fact that she’s actively trying to end the affair. But, it’s hard. Just as it would be for anyone who’s fallen in love. Hopefully the audience will relate instead of judge.

The Cleaning Lady mixes elements of drama, horror and thriller. How hard was it to get the right balance?

To me the best horror films are dramas. So that’s what I was striving for. The more “dramatic” and “realistic” the characters and situations are, the more impactful the horror will be. That’s how I see it. Getting the right balance is always hard in a genre film. It’s kind of like finding the right note on an instrument – you keep plucking at the cords until you find the note that rings true to your vision. Once that’s established, you have to stay very disciplined to maintain that note throughout the rest of the project.

What was the biggest challenge you faced when making the film?

By far the biggest challenge was shooting the torture sequence with Alice, Michael and Shelly. Executing that scene was more complex than we all expected. And we even expected it to be hard. I think we ended up doing an 18 hour day in order to shoot that scene out.

The Cleaning Lady feels like it could have a few instalments. Are there plans to continue the story in the future?

Personally, I’ve always seen this as a one-off film, but I guess anything’s possible.

I’m neck deep in a true crime documentary right now, which has been one of the most interesting experiences of my life. I also have a few genre scripts on the go. Alexis and I actually just finished our latest script about a couple of vampires – it’s a fun one. Stay tuned…

Why should people buy a ticket to see The Cleaning Lady at Arrow Video FrightFest?

If you like reality-based horror that slowly creeps up on you and really scars you in the end, then The Cleaning Lady is for you. If you don’t like that stuff…then you should come see it anyway.

The Cleaning Lady receives its World Premiere at Arrow Video FrightFest at 11.30am in the Arrow Video Screen and at 12pm in the Horror Channel Screen on Friday 24th August 2018. You can watch the trailer below: