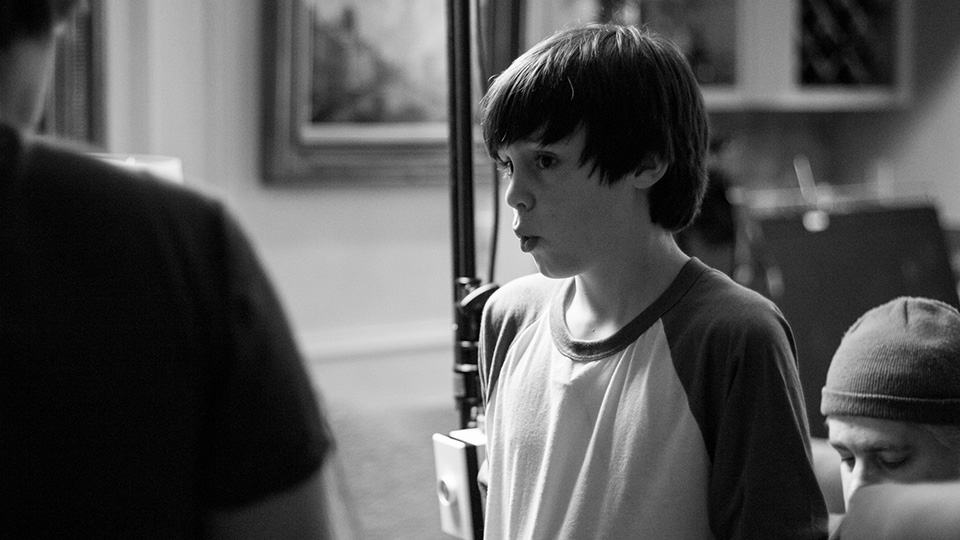 Rising star Jack Champion is one of the leads in The Night Sitter, which will be receiving its World Premiere at Arrow Video FrightFest 2018.

The talented young actor has appeared on the small screen in the hit series Under the Dome and Gone, and he’s currently filming for the second and third instalments in the Avatar series.

After speaking with the writers and directors Abiel Bruhn and John Rocco, I caught up with Jack to find out what it was like on the set, how he felt about making a horror film, and discuss his role in the upcoming Avatar sequels.

Hi Jack. How are you and where are you speaking to me from today?

Hi Everyone! I am currently sitting in my hotel room in Los Angeles chilling on my day off from shooting the Avatar sequels.

You’re one of the leads of The Night Sitter, which will be screening at Arrow Video FrightFest in London this month. What’s the film all about?

The Night Sitter is a movie about a babysitter who is really a thief and comes to a rich guy’s house to watch his weird kid Kevin. And they end up falling in love….(jk!!). No but really they end up having to fight 3 evil witches who want to sacrifice Kevin. It’s a really funny take on a horror movie.

You play the character of Kevin. What can you tell us about him?

Kevin is a lonely kid whose dad is a very self-centered wannabe paranormal TV host. Kevin is probably considered weird and is haunted by these witches in his dreams, but nobody believes him because his mom has just died so they just think he’s messed up.

What attracted you to the role and how did you get involved with the film?

My mom submitted me for it on a casting site and we taped the audition in her bedroom. And then we got a callback via Skype from the directors Rocco and Abiel. I am a huge fan of the TV show Supernatural, so anything in that genre is really exciting for me!

The film is pretty tense with some great scares. What was it like to film a horror movie?

Really fun and different than anything I had done back then. All the cast was great and funny! It was all night shoots so the day started late and went until midnight for me. It was super bloody! My dog who came to set with us even drank some of the fake blood out of a smashed head one day.

You have a lot of scenes with Elyse Dufour and there’s a great chemistry between you. What was it like to work opposite her and what did you learn from her?

I was I think 10 during filming and I remember being really nervous at first because she was really pretty lol. Elyse is a really nice person and I had a great time with her on set. One thing I was doing, but didn’t realise, was blink a lot during the scenes, so the first day she pointed that out and helped me be aware and fix it. I also had to cry in some scenes and she helped me get comfortable with that.

How did you find working with writer/directors Abiel Bruhn and John Rocco?

They were both really patient and happy all the time, which made the set really fun to work on. It was a great first movie experience with those guys!

You’re building up an impressive list of credits. What’s been your favourite role to date and why?

I have had really great opportunities this past year and am really thankful. All the sets have been fun, but right before heading to LA for my first Avatar screentest, I shot a small role in an upcoming Marvel film. Getting to meet one of my favourite “Avengers” was like a childhood dream come true!

It’s been announced that you’re going to be in the next two Avatar films. What can you tease about your character and what’s it like to be involved in such huge movies?

I play a human teenager named “Spider” who was born at Hell’s Gate on Pandora in the upcoming Avatar sequels. This past year has been surreal and learning from the best of the best is literally a dream come true. Other than that I can’t say anything or I’ll risk getting in trouble with Jim (James Cameron)!

Why do you think that people should check out The Night Sitter?

If you are looking to have a good time hanging with friends and laughing your butt off with some jump scares, this is the movie to go to!

The Night Sitter receives its World Premiere at Arrow Video FrightFest at 8.45pm in the Cineworld Discover Screen on Sunday 26th August 2018. You can watch the trailer below: