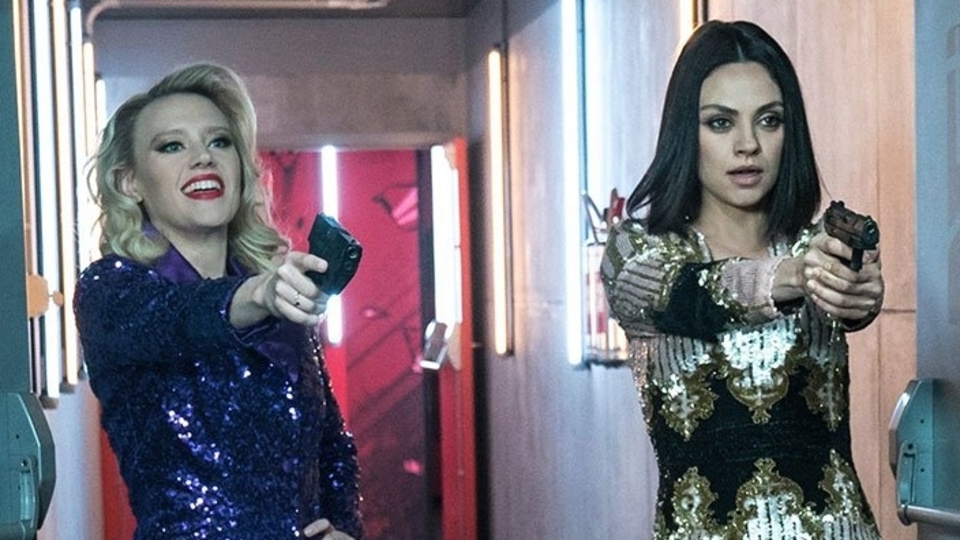 The dream-team of Mila Kunis and Kate McKinnon try hard to transcend a muddled script in this action-adventure that starts off far brighter than it ends. The story is relatively simple with Mila Kunis playing Audrey, a store clerk who has just suffered a bad breakup with her ex Drew (Justin Theroux). Helped through her break-up by her best friend Morgan (Kate McKinnon) the two women find themselves caught into a cat-and-mouse chase as Drew is revealed to be an international spy. Furthermore, he’s entrusted something very precious to Audrey, who now holds the keys to the world’s safety in her unwitting hands.

Mila Kunis is one of the best comedic actresses out there and her effortless charm onscreen easily sells the premise of the film. She’s always engaging and handles the duality of the role with ease. I’m in the minority here, but I just don’t think Kate McKinnon has been given a decent enough project yet. She’s once again asked to be larger than life but I think her comic sensibilities would be far better utilised in a project that demands more from her than just being loud and pulling faces.

As Audrey’s best friend Morgan, she’s accused of being ‘a bit much’ by Justin Theroux’s character Drew near the start of the film and it’s hard to disagree with that assessment. A finale that involves her character unable to resist the lure of a circus performance should have been funny but ends up being distracting and tiresome.

The supporting cast are ok. Justin Theroux is the pick of the bunch, and if anything The Spy Who Dumped Me really left me wanting him to do a proper action film. Outlander favourite Sam Heughan plays the token eye-candy as a government agent the ladies aren’t sure they can trust. Hasan Minhaj does well fleshing out a small but important role as an obnoxious government agent named Duffer and screen legends Gillian Anderson, Jane Curtain and Paul Reiser are utterly wasted in forgettable roles. Ivanna Sakhno plays an interesting gymnastic assassin named Nadedja but again, isn’t afforded enough to do here.

Tone is a big problem with The Spy Who Dumped Me – it never really knows what kind of a film it wants to be. It’s certainly funny in places, with some great gags and some hilarious circumstances but we jump from ultra violence to off-the-cuff quips in the blink of an eye, and truth be told, they don’t sit well next to one another. It needed a fair more intelligent script to marry the two together – think Spy with Melissa McCarthy and Jason Statham.

There are positives though – the action is superb, with director and co-writer Susanna Fogel doing a great job making the stunts really fly onscreen. They are well choreographed, have genuine threat in them and are even shot with panache and immediacy. Having Kunis and McKinnon caught up in the mayhem is fun, but the tone isn’t maintained afterwards. The chemistry between the leads is good too. Both Kunis and McKinnon are great performers and clearly share a great short-hand when it comes to conjuring the laughs. The script should have utilised them more effectively though.

The Spy Who Dumped Me has good ideas but these frequently get lost in the commotion. It’s a shame because with this bunch of talent on show they deserved a tighter script. The Spy Who Dumped Me provides some mild entertainment that doesn’t leave a mark, but it should have aimed much higher to get the requisite laughs.