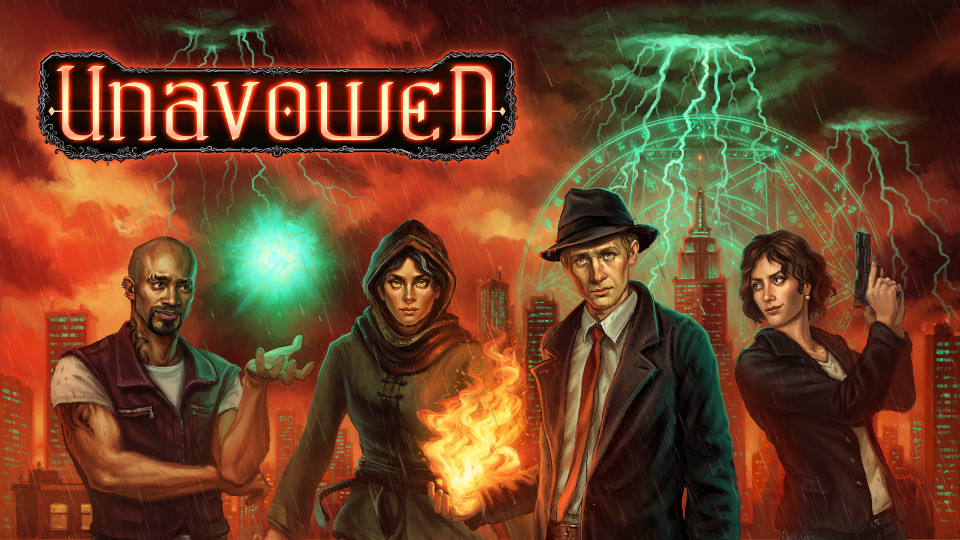 Wadjet Eye Games has announced that Unavowed, their long-awaited urban fantasy adventure, is now available for Windows and Mac.

A demon possessed you one year ago, kicking off a gory crime spree around New York City. Waking up on a stormy rooftop, you meet your saviors: the Unavowed, an underground group of supernatural guardians who have fended off darkness for centuries. Life as you knew it is over, but by joining their ranks you have a chance to reverse some of the damage you’ve done — and, if you choose wisely, to redeem yourself.

Watch the Unavowed launch trailer below:

View some Unavowed screenshots in our gallery:

Unavowed was created by Dave Gilbert, who is best known for his Blackwell adventure game series. The game’s influences include The Dresden Files, Hellblazer, and BioWare RPGs such as Dragon Age. Former BioWare writer Jennifer Hepler provided early feedback as a story consultant.

Regularly priced at £10.99, the game is on sale for £9.89 (10% off) for the first week, from Steam, GOG, and directly from Wadjet Eye. EF Games hopes to bring you a full review of Unavowed later this month.