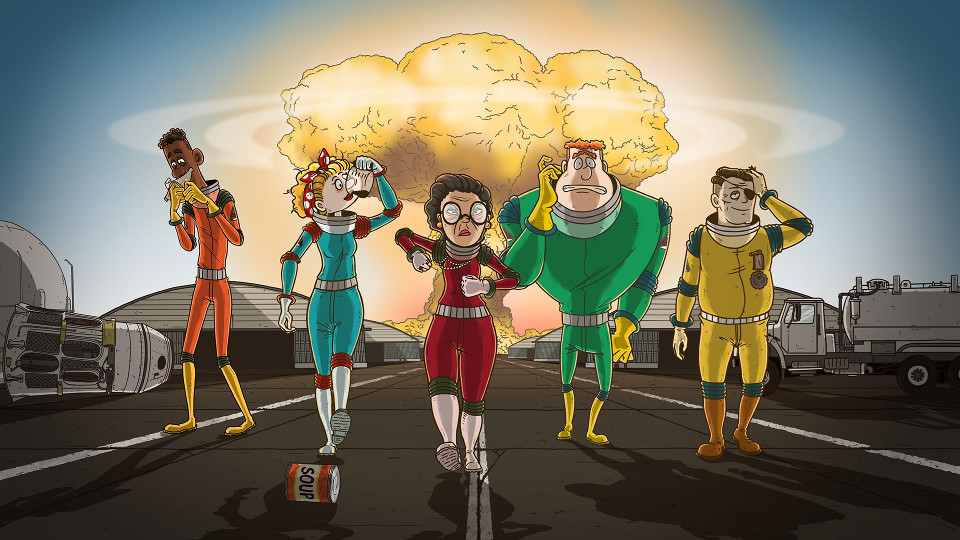 Developer Robot Gentleman has announced that 60 Parsecs!, the atomic space age follow-up to their survival adventure game 60 Seconds!, will launch on PC via Steam on September 18th, 2018. Priced at £11.99, 60 Parsecs! offers a fresh take on the series that’s sold over 1 million units worldwide, bringing its unique blend of scavenging and survival into the darkest reaches of space.

Making the jump from claustrophobic atomic bomb shelter to even more claustrophobic space shuttle, 60 Parsecs! follows a diverse cast of characters who have no business being in space, let alone piloting a shuttle, as they try to find a new home for humanity due to nuclear war on Earth.

With only 60 seconds before nukes reduce the space station to floating particles in the vacuum of space, frantically grab whatever supplies and crew you can before getting out of there. Drawing upon roguelite sensibilities, 60 Parsecs! offers up a non-linear narrative that ensures every adventure (and hilariously macabre death) is unique, making for plenty of replayability.

EF Games hopes to bring you a full review of 60 Parsecs! around launch. Check out the official website for more information on the game.

View some 60 Parsecs! screenshots in our gallery: