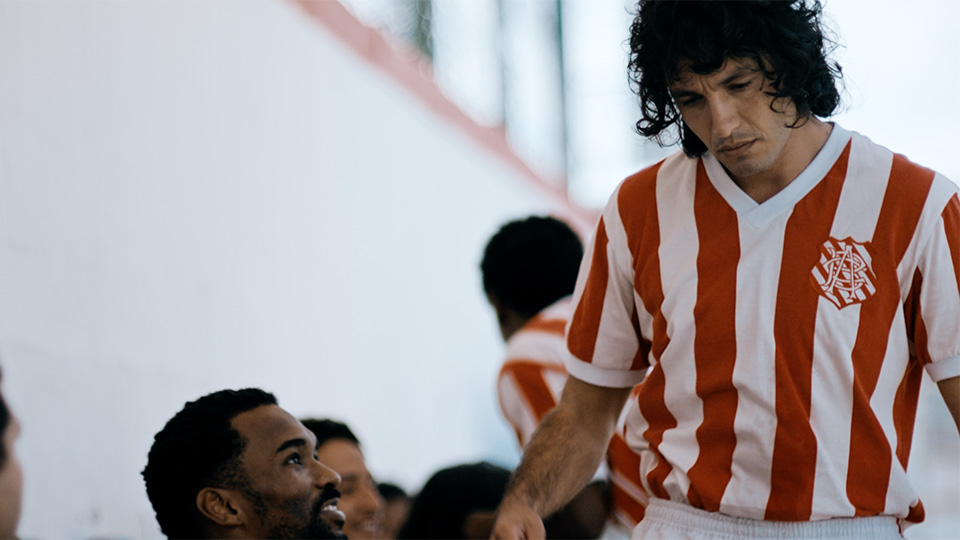 World Cup fever may well be over for at least another four years, but those in need of a further football fix will certainly find their needs met in Kaiser! The Greatest Footballer Never to Play Football, a documentary possessed of a tantalising title that practically cries out to be watched!

Telling the tale of Carlos “Kaiser” Henrique Raposo, the film details the young Brazilian’s life and how he conned his way into some of the most prestigious professional football clubs throughout Brazil, all without ever once kicking a single ball. A conman with the gift of the gab but little in the way of sporting prowess, Kaiser lived a life of luxury for many years, using all manner of slick tactics to ensure he never once set foot onto the pitch.

Unbelievable as events may get, there’s entertainment to be found here for both football fans and those lacking in enthusiasm for the sport. A full-on, real-life con drama in the mould of films like Catch Me If You Can, Kaiser’s story is practically made for the movies, his rise to fame and fortune containing brushes not only some of the greatest professional players in Brazil’s history, but with murderous gangsters and the world of organised crime as well.

Through countless interviews with Kaiser himself, his friends and previous teammates, the film traces his rise and subsequent life as a professional ‘footballer’. It’s a light, breezy watch for the most part, the filmmakers unfolding the story in such a way as to provide the most laughs, whether through the charismatic and engaging Kaiser or the oft contradictory revelations from the men and women who knew him. The truth behind it all is never fully clear, but this lack of overall clarity only adds to the documentary’s unique appeal and mystique.

What truly makes the film is the later interviews with Kaiser that suggest a deeper and more flawed and vulnerable character then the one we’ve met previously. Treating Kaiser with a great deal of sympathy, it’s here that the film develops beyond just the laddish recollections of a carefree party animal, and allows the subject greater development then the narrative has previously afforded him.

Director Louis Myles breathes life into the story through some fantastic reconstructions, punctuating the various recollections of the contributors and offering enthralling visuals to what could well have been a dry selection of typical talking heads. Soaked in gorgeous sunlit cinematography and backed by a wonderful soundtrack, the film is possessed of a unique and enthralling style that elevates it massively.

Kaiser! The Greatest Footballer Never to Play Football has plenty to please all, despite a rather rushed finale. Boasting clever editing, a dream team of interviewees from across all areas of the sporting profession, and some stylish directorial touches, it’s a fine documentary that crosses genres and develops ingenious twists that most modern fiction can only dream of.

Advertisement. Scroll to continue reading.
In this article:Kaiser!, Kaiser! The Greatest Footballer Never to Play Football