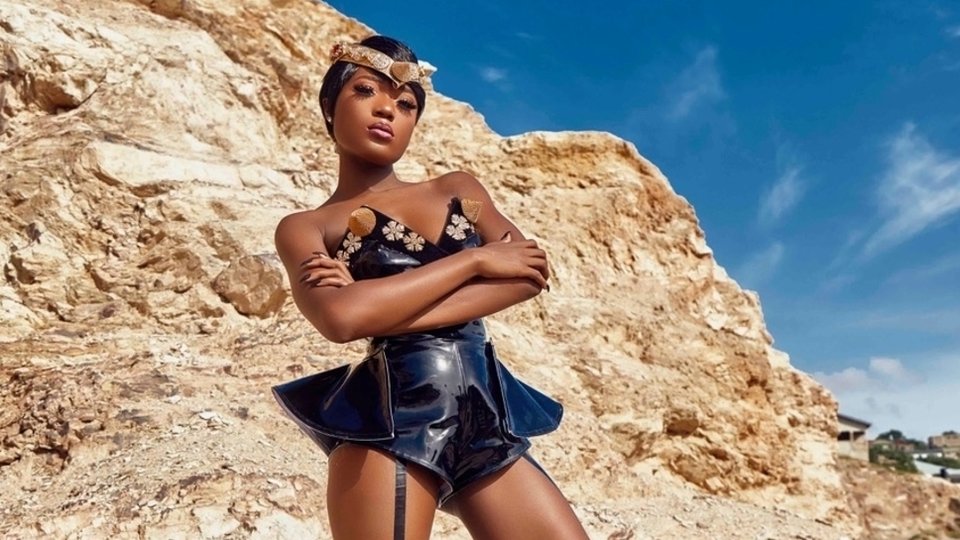 EFYA is a singer songwriter from Ghana, who’s most recent single, Mamee is a collaboration with Mr Eazi. The track samples the infectious chorus from Mariah Carey & Busta Rhymes’ 2003 hit I Know What You Want.

This is the second time the young singer has teamed up with Mr Eazi, after featuring on his 2016 single, Skintight, which has been streamed over 17 million times on Spotify alone. I caught up with her to talk about her new single and more.

Where are you today?

Today I find myself in Accra, the capital of Ghana which is where I come from and I live in East Legon which is a suburb of Accra.

Could you tell us about your music background and influences?

I grew up with our local music called Highlife and the mixture of international RnB… Usher, Whitney Houston and a lot of Jazz mixed with soul…. Also I grew up with a family of musicians. My father played an instrument and my mum was in the choir.

You took part in Stars of the future how would you describe the experience?

To me stars of the future was exciting and was a brand new adventure …I was very young and it helped me meet a lot of people in the industry. It was my first entry into the music industry so it opened up a lot of gates for me and as we went on and I got to the top 3 it became more exciting and I realise I could actually do this for a living.

You’ve worked with Mr Eazi before can you tell our readers how the collaboration happened?

He actually found me… I think it was one of those time he came to Accra. I was introduced to him by his manager Miester and then basically we just decided to do some vibe together and that was how it happened…. He sent me the song and I basically wrote my part and sent it back to him. It was a back and forth thing for a while and then we settled on the final take.

Tell us about your new single? What is it about and how long did you work on it?

The new single “Mamee’ which means give it to me. It came about when I was in the studios with Mr Eazi in Trace call studios in New York City and we were working on something and that was one of the songs we came about with. I had the beat from MOG who is from Ghana and we started putting stuff together and I think that is how it started.. I would say after that when I came back to Ghana the song was worked on a little bit more by the producer and a saxophonist and we built it up.

How does the creative process work for you?

I collect a lot of stuff from different places most of the times from stuff that I have heard and other music. Inspiration comes from daily experiences and things that you hear and feel and you trying to to express yourself in a way where the music mixed with the Rhythm can infect.

Is the new single part of an upcoming album? What can fans expect?

Will you be touring soon? Where can people expect to see you?

We definitely have some date for the summer but we looking forward to coming to a city near you but once we dropped the next single after Mamee, we definitely know we will be doing a lot of roaming so my fans should check my social media pages to be updated on my next tour dates.

Finally do you have any rituals before getting on stage?

Most of the time before I go on stage with all the nerves and everything its always nice to get your green tea, honey and ginger. Stay focused, say a prayer and go through your lines and rhythms’ in your head and have fun on stage that is very important.

In this article:EFYA, Mr Eazi