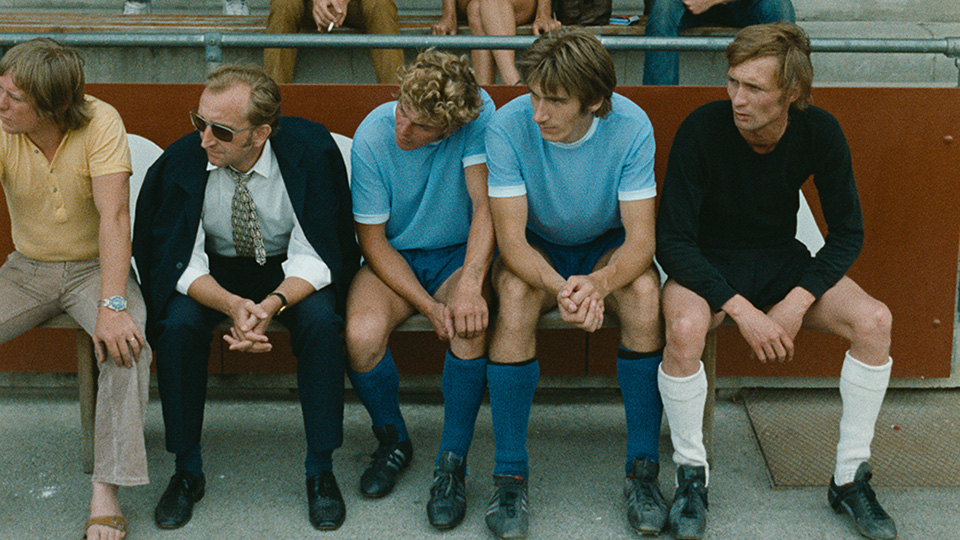 Having remained commercially unavailable for over three decades, Wim Wenders’ 1972 classic The Goalie’s Anxiety at the Penalty Kick returns to UK cinemas in 2018, restored and remastered in stunning 4K, and is available on Blu-ray and DVD now.

The goalkeeper Josef Bloch (Arthur Brauss) is sent off after committing a foul during an away game. Losing his bearings, he wanders aimlessly through the unfamiliar town, spends the night with the box-office attendant of a movie theatre and commits a crime. But instead of turning himself in or fleeing, Bloch goes to his ex-girlfriend’s place in the country and passively waits for the police to catch him.

As Wenders himself has stated, the visual idiom of Hitchcock’s films provided the model for his debut film. He adheres minutely to the thoroughly “cinematic” source, a novella by Peter Handke. With his cameraman Robby Müller and his editor Peter Przygodda – both of whom had already worked with him on his film thesis at the HFF (Munich University of Television and Film) – in The Goalie’s Anxiety at the Penalty Kick Wenders set forth a collaboration that would weld this team together for years.

To celebrate the Blu-ray release, we’re giving away 2 copies. For a chance to win, enter below…

In this article:The Goalie's Anxiety at the Penalty Kick