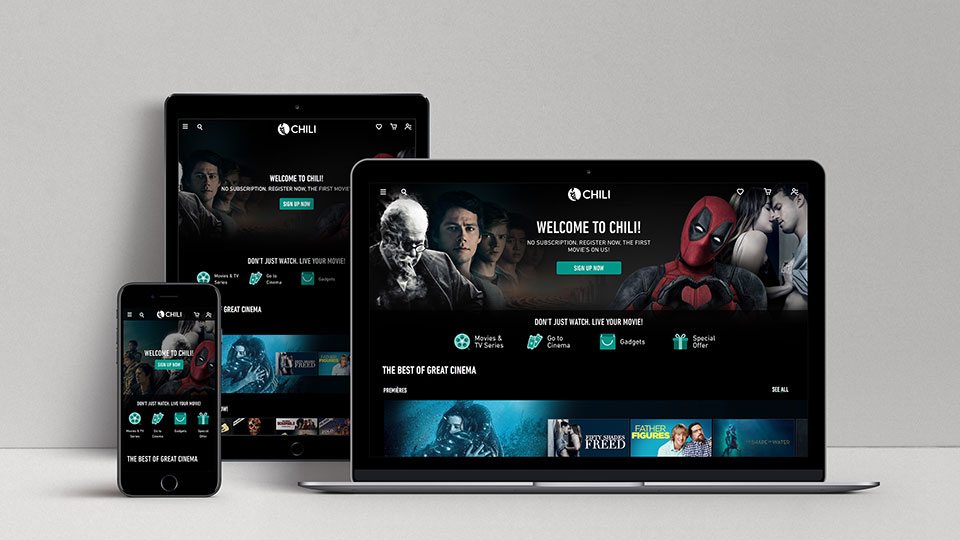 Subscription-free entertainment platform CHILI has launched in the UK.

CHILI is backed by Warner Bros, Paramount Pictures, Viacom, Sony Pictures, and 20th Century Fox and it’s the only pan-European independent reality TVOD. The platform has had success in Italy with 1.6 million registered customers since launching in 2012.

Commenting on the UK launch, Founder Giorgio Tacchia, says: “We know movie fans don’t just watch films, they live them. That’s why at CHILI we don’t just stream movies and TV, we have created the ultimate viewing experience.

“Thanks to its unique offering, CHILI has become one of the most important movie and TV series on demand platform in Italy. We know that Brits are equally big fans of on demand content, and that love goes beyond just the screen.

“At CHILI we’re proud to offer all the latest movie premieres – from foreign art house to big screen blockbusters – alongside official merchandise, exclusive cinema tickets and a news hub, all with no subscription to get in the way.”

CHILI is available on Smart TVs, Blu-rays, PCs, tablets and smartphones with no monthly or activation costs. For more information about CHILI visit http://uk.chili.com.

Advertisement. Scroll to continue reading.
In this article:CHILI