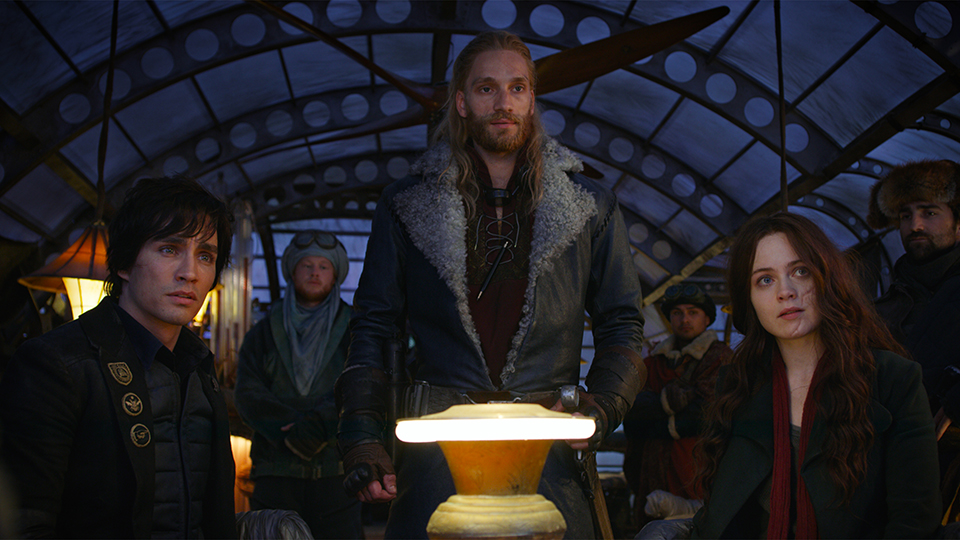 The official trailer has arrived for Mortal Engines, just one day after a teaser image was released showing one of the moving cities.

The epic trailer shows Hester Shaw (Hera Hilmar) approach and attack Thaddeus Valentine (Huge Weaving) in the middle of a crowd of people, claiming that he killed her mother. She’s spotted by Tom Natsworthy (Robert Sheehan), who attempts to stop her.

A fight breaks out and Hester gets away but Tom follows her. She ends up falling into a chute. Valentine arrives shortly after and pushes Tom down into the same shoot once he’s learned who his attacker is.

From that point on, the trailer shows Hester and Tom joining forces to take down Valentine in an explosive battle.

Mortal Engines is based on the book series by Philip Reeve and the film adaptation comes from director Christian Rivers with a screenplay written by Peter Jackson, Fran Walsh and Philippa Boyens. The story is set thousands of years after a cataclysmic event destroyed civilisation forcing people to find a new way of living.

With gigantic moving cities roaming the Earth, known as Predator Cities, the smaller traction towns are targeted and destroyed.

Take a look at our gallery of images showing stills from Mortal Engines trailer:

The countdown is officially on ahead of Mortal Engines arriving in cinemas on 14th December 2018.