The film opens nationwide on the 24th May and has already drawn huge praise from critics, many citing Ehrenreich’s brilliant performance as Han.

Check out everything we know about Solo: A Star Wars Story

Board the Millennium Falcon and journey to a galaxy far, far away in Solo: A Star Wars Story, an all-new adventure with the most beloved scoundrel in the galaxy.

Through a series of daring escapades deep within a dark and dangerous criminal underworld, Han Solo meets his mighty future co-pilot Chewbacca and encounters the notorious gambler Lando Calrissian, in a journey that will set the course of one of the Star Wars saga’s most unlikely heroes.

Taking over from fan-favourite Harrison Ford is no easy feat but Ehrenreich looks to have nailed the performance in this origin prequel about the character we all know and love.

To celebrate the release of Solo: A Star Wars Story, here are 10 fun facts to know about Alden Ehrenreich ahead of the release.

1. It started with a Bat Mitzvah and Steven Spielberg…

Steven Spielberg was once given a tape by his daughter where she performed a comedy-skit with another unknown young actor… this person turned out to be Alden Ehrenreich.

Spielberg loved the tape so much that he got the novice actor an agent. In an interview for ET Online Spielberg added: ‘I didn’t know he was going to rogue [into] drama. He was so funny in this video, I thought, ‘I have found the next really funny comedian. But most of his choices have been in drama and people don’t know how really funny he is.’

2. Starting with a Bang!

Although Alden’s connection to Steven Spielberg led him to being cast as the new Han Solo today, it didn’t seem like it took a big body of work for the actor to show his true skills. Two small appearances in two of the biggest shows on US TV gave him the starting point to his filmmaking career. He appeared as Ben Collins in one episode (“Wendigo”) from the first season of Supernatural and in 2006, he played the role of Sven in a Season 7 episode (“Built to Kill: Part 2”) of CSI: Crime Scene Investigation.

Out of the 10 motion pictures he has worked on in his Hollywood career, he has already worked with Hollywood most renowned Directors.

His first and second film was directed by Francis Ford Coppola, Tetro (2009) and Twixt (2011). Other directors include the incredible South Korean director known for the Vengeance Trilogy Chan-wook Park, Woody Allen in Blue Jasmine (2013), The Coen Brothers in “Hail, Caesar!” (2016), Warren Beatty in “Rules Don’t Apply” (2016) and now Ron Howard in Solo: A Star Wars Story (2018).

Alden Ehrenreich previously worked with Francis Ford Coppola in both Tetro (2009) and Twixt (2011). George Lucas belonged in the era/group classified as the ‘The Movie Brats’ which extended between the 1960s – 1980s alongside with a few big other giant film directors such as Brian De Palma, Steven Spielberg, Paul Schrader, John Milius and Francis Ford Coppola.

Reportedly in interviews, Lucas has expressed his admiration for the way Coppola convinced Warner Brothers into funding Apocalypse Now (1979) into production, and partially based the character of Han Solo on him. Francis Coppola has also directed Harrison Ford in two films, “The Conversation” (1974) and Apocalypse Now.

5. With a little help from my friends

In 2009, he co-founded the theater/film company, The Collectin, with friend and actor Zoë Worth. The Collectin is a group of actors, writers, producers and directors who collaborate on films and performances and who ‘strive to tailor every piece we produce toward the strengths of our specific artists’.

Although the original two directors that took on the Han Solo film project (Lord & Miller) had parted ways with the production, paving the way for Oscar winner Ron Howard to step onboard, it seems that Alden had beaten a lot of strong candidates to the coveted role. It’s difficult to pin-point the exact number of actors to have auditioned for the role.

In a Vogue article from December 2015, Alden wasn’t even on the shortlist. There are rumors that it had reached an outrageous 3 thousand actors. But according to the original two-man director team Phil Lord and Christopher Miller ‘The first guy we saw was the best for the part’ – Alden got booked as Han Solo.

8. Alden shot first (his mouth off)

In a recent interview with Vanity Fair, he has revealed that Solo: A Star Wars Story might not be a standalone film, and that he is contractually signed up for another 2 films: ‘I don’t know if that’s officially, uh, public. But—yeah’ he said. Oh well; that’s not the worst spoiler in the galaxy.

Although hitting it big with the young adult group having starred in Beautiful Creatures (2013), his real breakthrough acting role came with the Joel and Ethan Coen film Hail, Caeser!. He told Rolling Stone magazine about his persistence in trying to get an audition with the brothers and once he finally booked the gig, it was his hardest role to play yet;

‘I don’t think the Coen brothers had any idea of who I was,” My agent sent me the script, and I read it and just loved it. I asked if I could audition, and we were told that I really wasn’t right for the part. So, we just asked again, and [the Coens’ people] said, ‘You can make a tape.’ And then I asked again if I could come in, and they said okay. I went and read for the casting director, and then she had me come back and read for the Coens twice. As soon as I got the part I was doing horseback riding, trick-roping, gun-twirling, guitar. And the spaghetti lasso, which was the hardest’.

In an interview with Coming Soon, Alden told the online magazine: ‘When I was a little kid, my parents would show me Marx Brothers films and westerns and stuff like that. That’s where all my desire to be an actor comes from, and probably most of my understanding of acting comes from for sure. I love movies’. We do too Alden!

Solo: A Star Wars Story is out in cinemas everywhere on 24th May 2018. 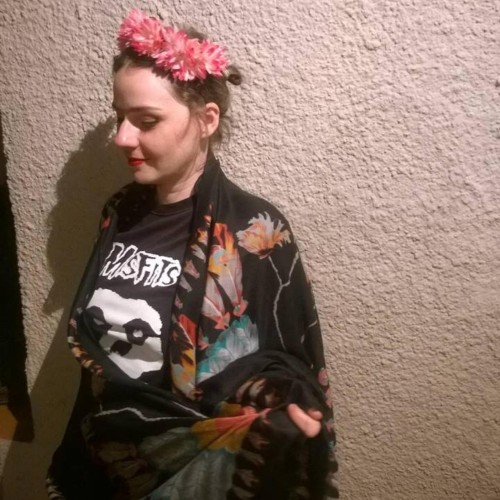 Camila Boschiero
Camila is a freelance content manager and researcher. She has a particular interest in 1980s films and Science Fiction movies, and is a contributor to Entertainment Focus.
Previous article
New Solo: A Star Wars Story clips arrive starring Alden Ehrenreich
Next article
Solo: A Star Wars Story review

Star Wars Episode IX – everything we know so far