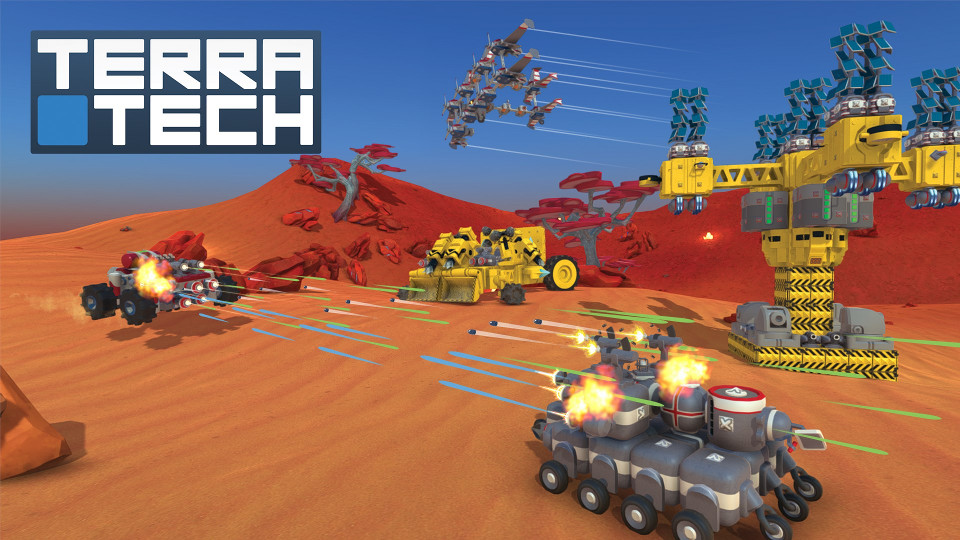 Payload Studios, a growing British independent game studio, has announced that their open-world adventure game, TerraTech, will be leaving Steam Early Access to launch alongside PlayStation 4 and Xbox One versions in Summer 2018.

TerraTech is a creative sandbox, where players design and build their own creations through a mix of crafting, combat and discovery. Set in a future in which Earth’s resources have been depleted, players can choose to explore an uncharted alien landscape to forage, fight and craft, or simply build and explore without the threat of enemies in Creative Mode.

On release the game will bring a wide variety of brand new features, developed with ultimate creativity and player satisfaction in mind over four successful years in Early Access, with the feedback of a vibrant, dedicated and ever-expanding community of players. As an extra bonus, PC players will be able to try out the brand new multiplayer mode, which features up to 16-players in free-for-all and team-deathmatch modes, from May 18th.

Watch the TerraTech teaser trailer below:

[blockquote]This summer’s multi-platform launch of TerraTech is a huge milestone for the game, and the team. It’s been a long road to this point, and we’ve been blown away by the support and enthusiasm of our wonderful community of players. Their dedication has contributed hugely to the quality and depth of experience which we are now tremendously excited to bring to a wider audience.[/blockquote]

View some TerraTech screenshots in our gallery:

Echoing the progress made during Early Access, the game will continue to evolve after launch, receiving frequent updates and new features, engaging players for a long time to come.

EF Games will bring you more TerraTech news as it is announced. Check out the official TerraTech website for more information on the game.

In this article:Payload Studios, PC, PS4, Steam, TerraTech, Xbox One