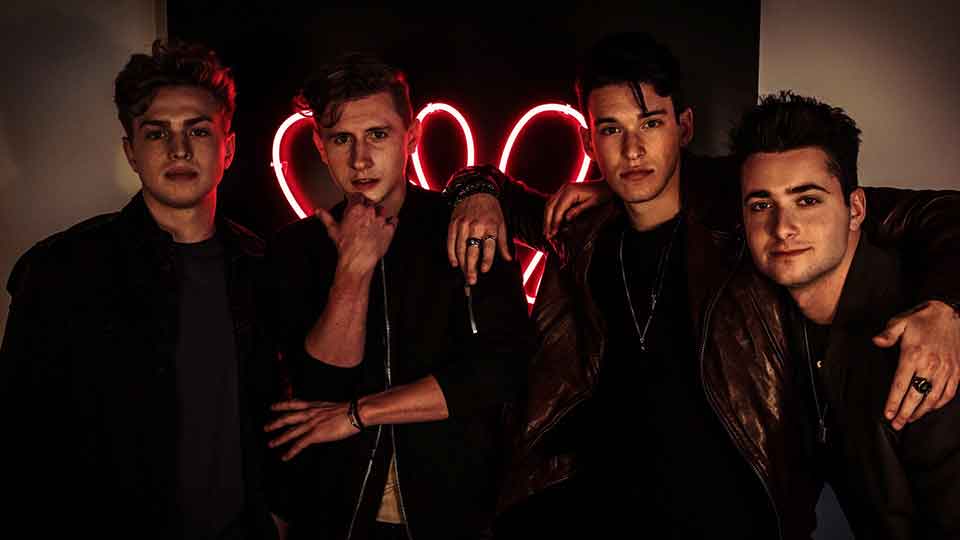 Rising US band The Catching, who hail from New Jersey, have released the video for their new single Lock That Door.

Teaming up with Joshua Sikkema, the band were heavily involved in the concept for the eye-catching visual, which was filmed in an old warehouse in downtown LA. They explain:

“We teamed up with Joshua Sikkema to formulate the concept and shoot the video. The concept was initially developed one night when we sat down and brainstormed together. We didn’t want to make it an obvious video about a relationship or a door with a key, so instead we went more abstract. We wanted it to depict a girl slowly losing her mind. After some drafts we had it focus on a girl reliving moments from her past in an empty vintage style house. Sounds complicated, but what’s cool is that it’s left up for interpretation in the final edit and not a direct visual representation of the lyrics.”

Lock That Door was produced by Matt Squire (Ariana Grande, Demi Lovato, Panic! at the Disco) and the song is available to stream and download from today. It’s taken from their forthcoming EP Distance, which is expected to arrive in June 2018.

Talking about the meaning behind the track, the band says:

“The meaning of “Lock That Door” stems from a manipulative relationship where both people make promises they can’t deliver. Evading honesty in a tough situation is all too easy and it can end up causing more damage than the truth ever would have.

“We recorded it with renowned producer, Matt Squire who we absolutely loved working with. He brings out both the rock and pop side of our music, which is exactly what we look for when recording. After throwing some catchy melodies over one of Matt’s hip-hop loops, the song was born and built from the ground up at his studio in Washington D.C.”

The new track builds on the success of The Catching’s first single Do It All Again, which has amassed more than 200,000 streams to date.

Forming in 2014 in New Jersey, The Catching began when lead singer and bassist Holden Glazer (20), guitarist Jake Farbman (18) and drummer Drew Stevens (21), who were already in another band, auditioned guitarist and Evan Hemwall (20) to join the line-up. Changing their name and their sound, The Catching take their name from J.D. Salinger’s classic novel The Catcher in the Rye, which is where Holden’s name came from.

In this article:The Catching