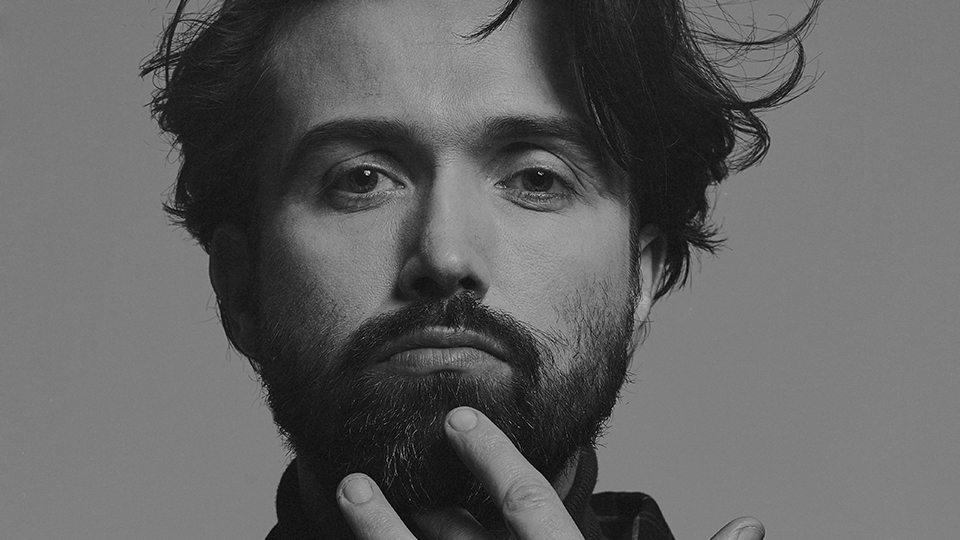 Irish actor Emmett J. Scanlan has been on a hot streak since he left Hollyoaks in 2013.

He’s starred alongside Gillian Anderson and Jamie Dornan in the critically-acclaimed BBC series The Fall, had success in the US in TV series Constantine and worked with award-winning screenwriter and producer Paul Abbott on Channel 4’s No Offence. 2018 is shaping to be a big year for Scanlan with roles in the Netflix Original series Safe opposite Michael C. Hall (Dexter) and ITV’s upcoming Butterfly with Anna Friel.

I caught up with Emmett to find out more about Safe, discuss the freedom of working on a Netflix series, and to talk about the challenges of Butterfly.

You star in the new show Safe, which is coming up on Netflix. Can you tell me the premise of the show?

It’s a Harlan Coben creation starring Michael C. Hall, Amanda Abbington and Marc Warren, and written by Danny Brocklehurst, there are a few writers but he’s the principal writer. It takes place in a gated community and centres around, as you would imagine, the legend that is Michael C. Hall. He plays a widower called Tom bringing up two teenage daughters, one of whom goes missing after sneaking out to go to a party. He goes on a mission to find her at all costs, as you would being a father because you’d do anything if something like that happened. That mission soon uncovers secrets of the people he holds closest to him and those living around him. That’s basically what Safe is about in a nut shell.

You play the character of Josh. How does he fit into this scenario?

Josh Mason is the ex-husband to Amanda Abbington’s character Sophie and the father of two beautiful young kids, fantastic actors by the way. Not far off being a kid himself, Josh lives in a caravan in the front lawn of his ex-wife’s house (laughs). He’s never far from his babysitting duties. He drinks a lot and that’s the difference between himself and everyone else’s character; he drinks to forget his pain. Everybody on the estate has their own secrets and their own darknesses, and Josh is no different.

If I were to sum him up… I think he’s a shit husband but a good father. What I actually love about him as a character is he’s like water. Bruce Lee once said, ‘if you put water in a cup it becomes the cup, if you put water in the bowl it becomes the bowl. Water flows and crashes. Be water my friend’ so for me Josh is water. Realistically he’s probably three quarters beer but he’s essentially water. He adapts to whatever his environment is. He’s takes everything in his stride, rarely crashing and he makes no excuses for himself. He enjoys life maybe a little too much actually and abdicates responsibility to a greater extent, which is a cause of great pain for him. He knows more than he lets on.

In my opinion I think he seems unassuming, and maybe he is, but maybe he fucking isn’t so you never know. There’s that question mark over him, which I think is something that Harlan Corben does very well.

The pedigree of the people involved is impressive. What attracted you to the project and why did you feel passionately that you wanted to be part of it?

The fact that they asked me and I was available certainly helped I’m sure (laughs). Basically as an actor you want to get involved in original material and you want to do some good stuff, stuff that cultivates yourself… something that you can marinate yourself in. When it comes to things like that, having names like Danny Brocklehurst attached and Red Productions, whose pedigree is fantastic in this country and it’s one of the top (production companies). The fact that it comes as a Netflix Original is something that really turns me on and gets my pants tighter.

You have Michael C. Hall… once you get past all your own bullshit like, ‘oh that’s the bloke from Six Feet Under, that’s Dexter’… once you get past all that and you start talking to him on a person-to-person level, you realise what a great guy he is, how gentle he is and how talented. The fact that you’re going to go for an audition and you’ve maybe got the opportunity to dance with him on set, then you get on set and it’s everything you wished for . .. there wasn’t one time we didn’t have fun or didn’t have a laugh. It’s remarkable and it’s incredible. There are some many reasons as to why you want to do something like this. I’m more myself when I’m on set than any other time in the day. It’s all I really know how to do. It’s all I’ve ever been alright at. I can’t think of any better place to be.

You mentioned that Safe comes under the Netflix Original banner. Does that give you more freedom as an actor and as a creative because the platform doesn’t adhere to television standards in the same way?

I think so. I definitely think so. For example, when we went for our initial read through, Harlan Coben took to the floor and gave a speech to get us all going. He’s a remarkable man and a brilliant talent. He did say, ‘this is Netflix. We don’t have to adhere to any time slots. We don’t have to cut our episodes to allow for commercials. We don’t have anybody really to answer to. We are the creatives, it stops with us’. There’s a huge sense of responsibility because of that, but it gives you the confidence and allows you the freedom to play. There’s nothing I like to do more than to play and after he said those things I realised that, ‘my God he’s right!’ This is the world of Netflix, it’s a huge market.

It does seem to be the way that entertainment, and television in particular, is going…

Yeah. I think maybe it is going to that. Television… I can’t really imagine that it would disappear but it has to keep up with the Netflixes, the Amazons and the Hulus. They are producing great shows but so are our own channels like ITV and Channel 4. There’s just a plethora of shows out there and it’s a great creative force. There’s loads of opportunities for everybody, which I think is very exciting.

As well as Safe, you’ve been working on Butterfly for ITV with Anna Friel. What has your experience been like on that show, which deals with the very current topic of gender identity?

It’s a Red Productions series so I was doing Safe at the time when Butterfly came along. I’m not sure whether the opportunity would have presented itself had I not been doing Safe so I’m very grateful for that. I feel very lucky and blessed to have been invited on the journey of Butterfly.

First and foremost it’s a family drama penned by Tony Marchant, who is a brilliant writer. It centres around a young boy who feels and knows uncategorically that he is a she, that she is trapped within the wrong body. It’s basically a drama about ordinary people put into an extraordinary situation. The writing is so real, so relevant, so topical and so brave, which are the reasons why you get involved in projects like this.

Anna Friel plays the mother and Millie Gibson and Callum Booth-Ford play the kids. They are three fucking heavyweights and to watch all of them play on set was utterly, utterly remarkable. When you get invited to tell a story like this, to meet and learn about these amazing troubled souls suffering from body dysphoria and the loved ones they hold so close, it’s impossible not to (want to be involved). I had to face my own embarrassing ignorance when it came to a world I knew little about.

I remember when the audition came in and they sent me the three scripts, I sat down in my bedroom in Chester and I read it in one sitting. I cried in parts, which was (due to) the vulnerability and sensitivity of some of the themes. I’m a father and I can relate to wanting what’s best for your child but being in the situation when you don’t know what is best for your child, especially when you’re giving advice. I was given five scenes and they were so easy to go into my head and it’s not often that happens, such is the writing.

I went down to London, I sat down and I waited for my turn. Other actors were walking in, actors that I recognised and actors with a better resume than me. I was like, ‘oh my God. If I can just go in there and get out of my own fucking way, maybe I’ll hold a good account of myself’. I went in and I met Louise Sutton, the producer, and Anthony Byrne, the director, I did the first scene and it was shit. It was crap. We got to the second scene and luckily that was good. Third and fourth scene, not too good. Fifth scene, I stopped myself halfway and they gave me a bit of direction, and I nailed it. I walked out thinking, ‘I did myself proud but I don’t think I did enough to book the job’. Apparently when I closed the door, Anthony Byrne turned to the producer and said, ‘that’s our guy!’ I wish he’d told me beforehand because I just sat there waiting for about a week (laughs). When you find out you’re doing it and you’re doing a topic like this, it’s why you get into this (acting). This isn’t a new phenomenon, people that feel trapped within their own body, this isn’t something that’s just come about.

I’m convinced that since people began that some have felt trapped within their own body, unable to express themselves because society has told them they can’t. It’s one of those wonderful opportunities where you get to talk about something that is so relevant. I think it’s important. It’s taken us until 2018 to write a story about this and discuss it, to understand it and to hopefully accept this is part of the wonderful, magnificent, infinite nature that makes us all human… that makes us all unique.

Safe premieres on Netflix on 10th May 2018. Watch the trailer for the show below: