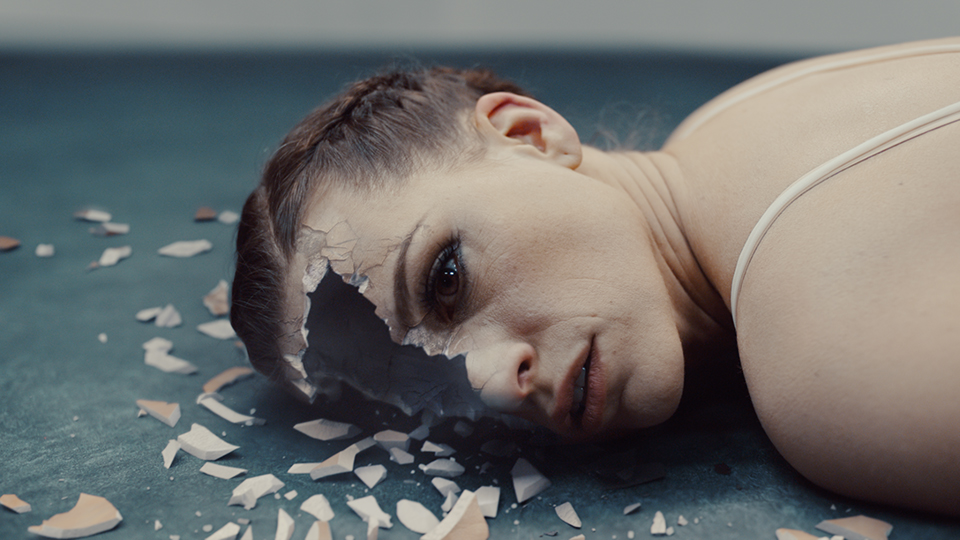 Tabula Rasa is a further addition to the impressively growing roster of Belgian drama that’s come out of a country that’s better known for its chocolate and waffles. There’s certainly no waffle here, as the pilot episode of this new C4/Walter Presents series is a bit of peach.

Mie (Veerle Baetens – perhaps best known over here for her involvement in The Team, a joint Belgian/Danish/German thriller that came out in 2015) is a young wife and mum who is suffering with memory loss.

The action takes place over two time periods. We see Mie and her family as they move into her grandfather’s abandoned old house in the countryside, their previous home having been destroyed in a fire. Mie’s memory issues means her husband, Benoit (Stijn van Opstal), helpfully leaves prompts and devices around the house to assist her. But when her mobile phone is found in the basement – where she insists she’s never been – she starts to question her own sanity and worry that her condition is worsening.

Three months later and Mie wakes up after a car crash in a secure hospital (“nuthouse” as one resident calls it). Her memory loss has indeed worsened, meaning that whilst she can recall her family and some personal details, she has little or no recall about things that had happened since the accident.
Something has clearly happened between the two time frames – something that involves a missing man that the police are searching for. It’s an enthralling opening gambit and leaves the viewer wanting more.

Tabula Rasa (which is a Latin term which literally means “scraped tablet” – or as we would say, “clean slate”) has been a huge success in its native Belgium, with a 44% market share and 1.25 million viewers per episode – impressive figures for a country with a population of just over 11 million. And deservedly so. This is a top quality part thriller/part horror-story that will have the hairs on the back of your neck in a permanent state of unease.

Veerle Baetens, who co-created the series, is excellent as the bewildered and frightened Mie. We’re totally absorbed in her suffering and concerned about her welfare as she tries to cope with her illness and understand what’s happening around her. And there are also excellent performances by Peter van den Begin as Vronsky the pyromaniac (he of the “nuthouse” comment) and Hilde van Mieghem as Mie’s mother. The characterisation is engaging and the script is both fresh and compelling.

A word too about the opening credits which are quite mesmerizing – floating images that dissolve like castles in the sand. In fact sand is a theme that echoes throughout the show, with Mie constantly brushing surfaces which she imagines are covered in grains of sand.

Belgium has already delivered some outstanding dramas in recent times – 13 Commandments, Professor T, Rough Justice and the excellent Salamander. On the strength of this pilot, we can add Tabula Rasa to that list too.

Walter Presents: Tabula Rasa’s pilot will transmit on Sunday 6th May on Channel 4 at 10pm with the entire series available on All 4 straight after.

In this article:Tabula Rasa, Walter Presents