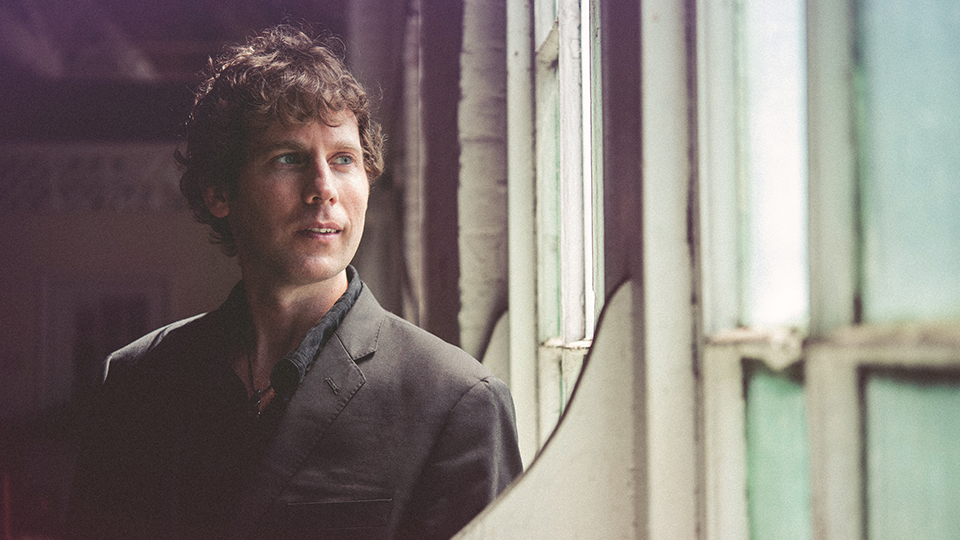 Since he began his musical career in 2010, self-styled troubadour Jesse Terry has been quietly building a reputation as a skilled songwriter. After a slew of critical acclaim for his 2017 record Stargazer, he released his latest album, Natural – a collection of acoustic duets with female singers including Sarah Darling and Erin Rae – last month. Terry has been on the road with Callaghan as part of her UK tour, and finished his run last night with the opening performance at London’s Bush Hall.

Terry took the stage alongside his guitarist Alan (who he joked with throughout the set) and kicked off with Stay Low, a song from his Stargazer album. The acoustic, gentle track showed off the richness to his voice and he had a lovely tone throughout. He then moved into the upbeat, stomping Runaway Town, which got a great reaction from the audience.

Throughout the set Terry regularly broke off to talk about his last two albums and how the songs in his set came about. It was clear from his warm, engaging approach that he’s a natural storyteller, and this shone through in his lyrics too. In particular I enjoyed the dreamy, lullaby-like Stargazer, which Terry injected with soul and richness, and the driving, twangy Noise which apparently started as a song about loss but has become a popular wedding song. Listening to it I could definitely see how you could draw out both interpretations of the lyrics, and that Terry is incredibly gifted at making a song apply to multiple situations.

Terry finished his performance with Empty Seat On A Plane, a song he wrote about his wife who chose to stay in the US with him rather than returning to her native New Zealand. It was full of warmth and affection, and I loved the imagery of a call ringing out across an empty airport – he did a great job of painting a incredibly detailed picture with just a few choice phrases.

Overall I really enjoyed Jesse Terry’s performance. He has a real knack for writing lush melodies, and whilst his performance was very understated, for me that only served to enhance the beauty of the music. My only complaint is that his set was too short! He’s coming back to the UK in October and I’d highly recommend snapping up tickets if you’re a fan of fantastically written folk songs.

Advertisement. Scroll to continue reading.
In this article:Jesse Terry