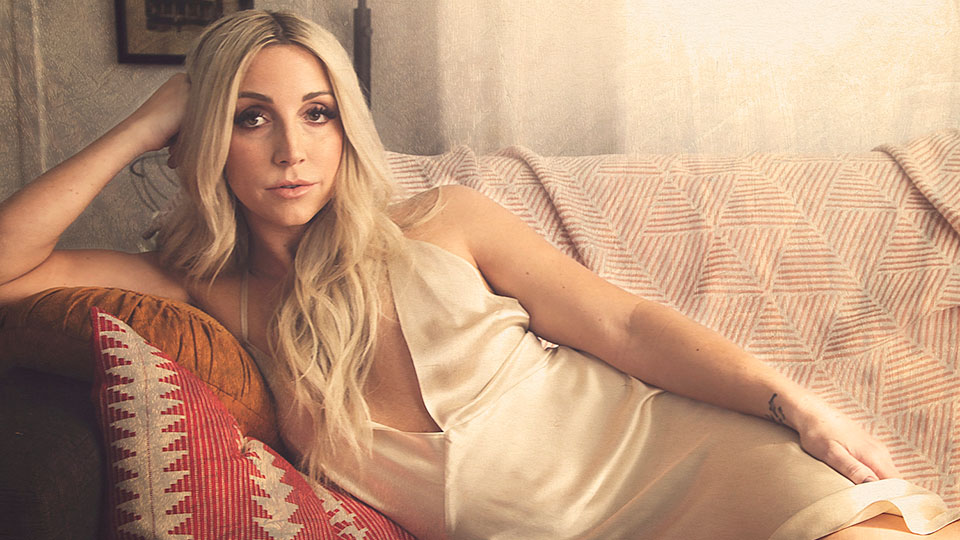 It’s been almost three years since Ashley Monroe released her stunning album The Blade. The 2015 release was one of the best of the year and Monroe supported it with an appearance at C2C: Country to Country 2016 and a headline show at Bush Hall. A gifted singer and songwriter, Monroe embraces Country tradition rather than towing the contemporary Country line in a bid to get radio play. After a little time away from the spotlight, Monroe is back with her fourth album Sparrow.

Monroe surprised fans with the release of sexy lead single Hands on You. It’s unlike anything we’ve heard from her before and it’s an empowering and powerful track. Monroe captures the feeling of owning your body and desires, and she delivers the lyrics in such a way that you can’t help but feel a little hot under the collar. Hands on You does a very good job of disarming you of any expectations or presumptions you may have had about Sparrow and this album is very much different to what we’ve heard before.

Sparrow opens with Orphan, a lusciously orchestrated song that puts the focus squarely on Monroe’s gorgeous vocals. It’s hard to listen to her without bringing to mind the greats such as Dolly Parton and Emmylou Harris. She has a voice so pure and she always sounds so effortless. This is a singer that delivers straight from the heart and you can tell she feels every single word she’s singing. It’s an emotional start exploring the feeling of being alone in the world with no one to turn to.

Each song on Sparrow surprises and turns you in a different direction. There are no two songs on here that sound the same and sonically it’s bold, adventurous and beautifully classic. Hard on a Heart has a moody feel with soaring strings, Rita is a more stripped-back moment with a 70s feel, and She Wakes Me Up is an uptempo track that sees Monroe exploring her falsetto on the chorus.

The themes on the record are very much about exploring past pain and learning how to move forward. Producer Dave Cobb adds his magic to the mix but this record is very much about Monroe. She told me when we spoke recently that Cobb encouraged her to follow her own gut and that’s evident her. Her songwriting is confessional and reflective, and she lays herself bare in ways we’ve not heard before like on album closer Keys to the Kingdom where she sings about forging her path in music.

Elsewhere on the record Mother’s Daughter finds Monroe realising she’s more like her mother than she thought, This Heaven is a foray into a more bluesy soulful sound, and Daddy I Told You is a touching tribute to the singer’s late father.

Sparrow couldn’t be more different to The Blade and it’s Monroe’s finest body of work to date. The album is remarkably cohesive and Monroe really does lay herself bare. Monroe is offering something different to the majority of Country artists out there and Sparrow deserves to be heard far and wide. Vocally she’s in a league of her own and as a songwriter she’s delivering some of the most interesting lyrics in the genre. Keep those fingers crossed for a UK tour.