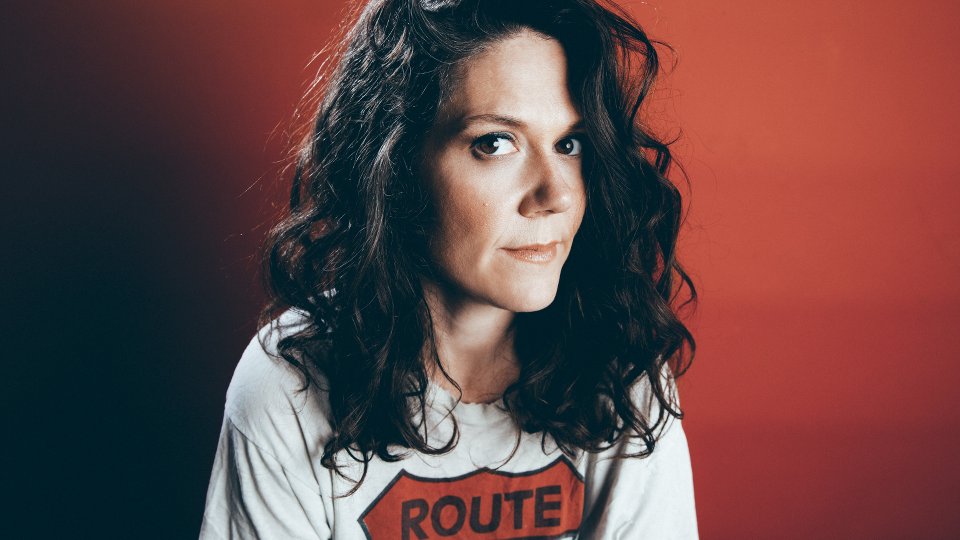 Lilly Hiatt may be relatively unknown here in the UK, but she’s definitely an artist you should have on your radar.

The daughter of singer-songwriter John Hiatt, Lilly grew up in Nashville and was given her first guitar by her dad at the age of 12. She released her debut solo album, Let Down, in 2012 and has toured with artists including John Moreland, Aaron Lee Tasjan and Drive By Truckers. Her third album, Trinity Lane, was released in the UK in February and draws heavily on 90s alternative rock sounds.

Ahead of her upcoming UK tour in support of the record, I sat down with Lilly to talk UK fans, songwriting, her top three dinner party guests and much more.

What can people coming to see you on this tour expect?

Well, hopefully we’ll give them a great show. We’re doing, like, an acoustic thing, so playing a lot of the songs from different records and maybe even something new, who knows?

Do you prefer those acoustic shows or full band performances?

Yeah, I like them both, y’know? It’s just fun to play, so whatever format really.

Your latest album, Trinity Lane, came out in the UK in February. Can you tell us a bit more about it?

Yeah, I made it a little over a year ago in South Carolina. We recorded it in like 10 days and then been touring ever since.

Did you find being in South Carolina impacted on the record compared to if you’d recorded it in Nashville or somewhere else?

Yeah, it certainly gave a different feel. We didn’t really have the pressures of home tugging at us in any way, so I think it liberated us a little bit to get out of the box.

There’s quite a big 90s rock influence on this album. Was that something you consciously wanted to do or did it just evolve that way during the process of making the record?

I think it’s just kind of what happened. That’s usually how it goes with me – just kind of headed in a direction and record it. [laughs]

This record is very different from the last one [2015’s Royal Blue] – is exploring those different genres something you try to do as an artist or is it quite organic?

I think probably both. Just trying to get a grasp of what you sound like a little better, and also working with different producers and a different band than that’s on those two records, so different sound.

Is there anyone you’d like to write or record with in the future?

You wrote a lot of this record on the road, which seems to be quite an unusual approach. Are you someone who writes wherever or do you keep writing and touring in separate boxes?

I’m actually trying to get better at writing on the road. I wrote most of the songs at home, but a lot of them were about the road. A couple I wrote on the road though. You just have to find that quiet space for yourself to create and I’m learning how to carve that time out on the road a little better. You get a lot of ideas on the road, but it’s just hard to put them down in the middle of everything else you’re doing. But I’m gonna have to learn – it’s just what you do.

Would you say your writing process has changed over time?

I don’t think I really have a process. It’s just either happening or not, y’know? [laughs] Either I’m getting songs out or they’re not coming out. Sometimes I have to force it a little or grease the wheel.

Do you get writer’s block?

Yeah, usually when that’s happening it’s time to listen to a lot of music and get inspired. I know how to get out of it pretty quickly, and sometimes I just have to force myself to pick up my guitar and write something, even if it’s not good. But just trusting that songs are there – they always come out at some point.

Yes! My friend Erin Rae has a record coming out. She’s amazing and I think everyone should know about her, and I hope that they do. She’s really special.

She’s amazing, and her record is amazing. You should be, because it’s beautiful. I hope you love it. I’m sure you will!

Do you find you get a different response from UK fans compared to other places?

Yeah, I noticed last time I was here that everyone really tunes in, and seemed to be listening very intricately to everything, which I appreciate so much. So we’ll see how it is this time around. Things have gotten a lot better at home than they have been ever before. It seems like everywhere people are starting to listen, finally [laughs]. So that’s cool. But yeah, everyone’s very polite here, very attentive.

Yeah, it’s really wonderful to have people tuned in to your lyrics.

Will you get much time to explore whilst you’re on this tour?

We have a lot of shows, but the cool thing is our drives aren’t crazy, so a little afternoon time to go exploring. We’ll fit it in somehow. We always figure that out.

How much of an influence has your dad had on your music?

Yes, he’s had a lot of influence – just as a person, really, but also his music as well. He never pushed me into music but he was really excited when I took to guitar and writing, and always been a very good, grounding heart of all of that. And we talk a lot about music together, so it’s great.

What’s the one thing you’ve learnt from touring and being on the road?

I think you need to take care of yourself, whatever that means, because you need that energy. So whether that’s get more sleep or don’t smoke so many cigarettes or whatever – just try to preserve your health [laughs].

You played South By South West last month – what was that like?

Oh, it was fun. We’ve played it a lot so it’s always different every year, and had a great time. It’s kind of crazy, but it’s cool.

Do you get a different reaction from festival crowds compared to a more typical headline show or support slot?

Well, yeah. I think with your own show people are anticipating your music, with festivals it’s cool because you’re probably playing to a bunch of people you wouldn’t. So there’s that idea of trying to engage people and get them interested, which is fun. I like that challenge. I’ve opened for bigger bands a lot of times and that’s the same kind of thing – you’re trying to win over their audiences.

You’ve been based in Nashville for a while now. Do you think it’s changed a lot in terms of the music coming out of there?

Yeah, I think there’s always been a really cool, rock and roll side to Nashville. There have been so many records made there, so many bands there – Bob Dylan, Neil Young, so many people have worked out of Nashville. But it’s definitely changed from what I think it used to be. I think there’s kind of a pocket for everything there now. Not so much like jazz and blues – it’s not that we don’t appreciate it, it’s just not in that enough, I don’t think. But just all kinds of cool things going on in Nashville – it’s got pretty much everything.

That’s a good question! Gosh. I’ve said these things out loud before but of course now that you ask me I’m drawing a blank. There’s an Angel Olson song actually called Lights Out – I wish I’d written that song. It’s really beautiful. There’s a billion songs I wish I’d written but I’m gonna go with that one, because she has a really elegant way of saying things that I think a lot of people understand. So yeah, I’ll pick that.

If you could invite three people to a dinner party, who would they be?

All right. How about… Eddie Vedder, of course [laughs]. Let’s see. I want a cool chick in there – maybe Lauryn Hill, she’d have some cool stuff to say. And Bob Dylan. What a cool dinner party! [laughs] I wanna go to that. I want that to happen. Let’s see if they’re game!

I’d love to play Red Rocks – that would be amazing. I went to college in Denver so I saw a lot of shows there. It’s really beautiful.

A lot of touring for the rest of the year. It’s a pretty busy year, but I’m also writing. I’d like to record by the end of the year if possible.

Is there anything you can tell us about what you’re working on at the moment?

I mean, I’ve just got some songs, but they’re still not quite at a place where I want to tell anyone about them. Not quite out of secrecy or anything, just pure shyness. But I like them! [laughs]

Lilly Hiatt’s album Trinity Lane is out now. Catch Lilly on her UK tour on the following dates:

Advertisement. Scroll to continue reading.
In this article:Lilly Hiatt