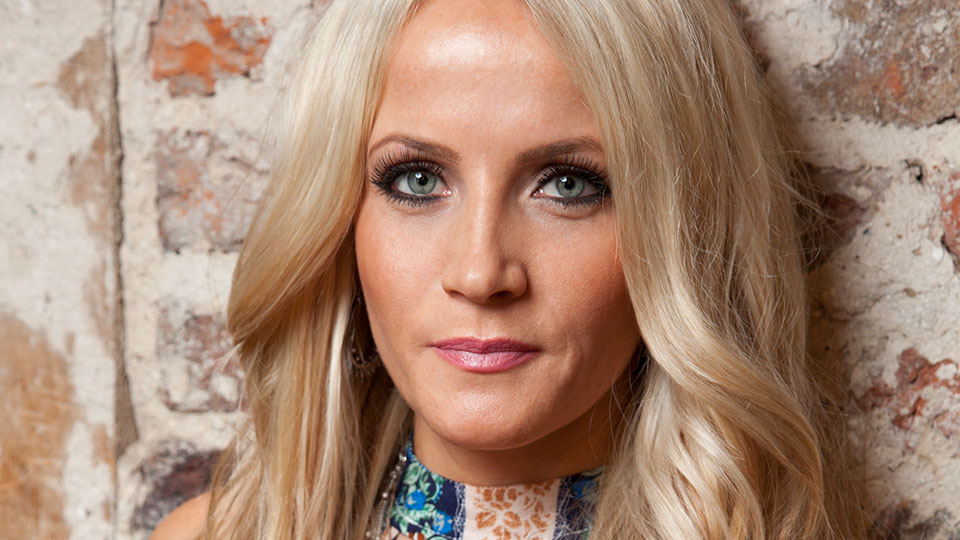 Since she released her debut EP in 2013, Jeannine Barry has been a fixture of the UK country music scene.

Her single Bittersweet reached number three on the UK iTunes country chart in 2016 and she’s performed at the Texas Music Takeover Festival, sold out a headline show at London’s Thousand Island, and recorded a song for Bob Harris’ Under The Apple Tree sessions. Now she’s back with new music, including her latest single Sweet Spot, which was launched to coincide with this year’s C2C Festival.

I caught up with Jeannine for a quick chat after her Big Entrance stage set at C2C. Read on for more about her new single, her writing process and plans for 2018…

Hi Jeannine! How are you finding C2C so far?

Oh my God, I love it so much! It’s amazing. I’ve always loved this festival so much, and as I just said during my set, I think C2C is just so amazing for putting this event on for all of us to get together and really enjoy this genre of music that we love so much. So yeah, I really love it.

What do you think makes it particularly special?

Well I think that obviously it’s country music, which is something that at the moment is just up and coming. But it’s something where people who have a love for a genre that’s not on the radio every day and not celebrated as much as we would like. It’s an opportunity for us all to come together and just feel normal! [laughs]

What can people expect from one of your shows?

They can expect to hear songs from my second EP, Off The Hook, which I recorded in Nashville in 2015 – those are some of the more upbeat ones that I chose for the set. And then they can expect to hear brand new music as well – Sweet Spot, which I released today, and also another song that I wrote which is a ballad, a slow song. And it’s a bit of a mix of upbeat and new and old.

Can you tell us more about Sweet Spot?

Yeah, we went into the studio a few weeks ago with the whole band and recorded Sweet Spot. I wrote it with Alex Mayall who’s a fantastic songwriter – he does a lot in the UK country scene and is a wonderful person as well. We developed it with the band and decided to record it in the end and I’m super-happy about it. It’s just so fun to play and I love it!

Do you have any other favourite songs to play live?

Well at the moment it is the new songs. It’s always the new stuff that inspires me the most to get into the groove. But obviously I love some of my older songs as well – Bittersweet and things like that.

You mentioned it’s only been a few weeks since you recorded Sweet Spot – is that quite typical for you in terms of going from writing to recording?

No, it was a bit of a last minute decision if I’m honest. We decided when we worked on it in the rehearsal room and felt like ‘wow, this could be something’, because it really came out then. So we decided that it would actually be a nice idea to put it out for C2C, and so that’s why we did that.

You crowdfunded your most recent EP – why did you decide to do that and how did you find the experience?

Well, I’m an unsigned artist so there are a lot of ups and downs. There are times where your manager takes you to Nashville to record an EP and funds it and there are times when you’re on your own and you still want to put out new music. So you go to your fans and say, ‘hey, do you want to help me to record new music?’ And I was so grateful and so happy that they wanted me to and supported it. It was a very, very special experience.

Can you tell us a bit more about your writing process?

I guess there’s no ‘typical’ typical. I do like to be on my own when I write – it’s just a thing, I guess, I don’t know why. I do write with my band members, usually someone who plays guitar and we play with ideas. So that’s usually how I do it, but I often take home songs that we started working on and then I develop them.

If you had a career bucket list, what would be on that?

Oh god, there’s so much! Where do I start?! Well, obviously the main arena at Country to Country – wouldn’t that be something? Yeah, I would really like to go to Nashville and play the Bluebird Cafe and the Ryman. I would love to tour America. That’s mainly what’s on my bucket list. It doesn’t have to be the biggest venues – I would love to drive through America and tour and play my music. That would be a dream come true.

What’s next for you – will there be another EP, more touring etc?

Well I’m definitely putting out music but we’re still in the writing process, so that will still be a while. But I will keep everybody updated on social media about all of that. For the next few months the plan is really just to go out and make a name and just make people aware of me and my music. So festivals, all kinds of gigs, and live performance is really what’s on my schedule for the next few months. And during that process we will still write and work on my recording, but I will update people along the way.

Catch Jeannine performing next at Boisdale Canary Wharf on Tuesday 27 March – get your tickets now!