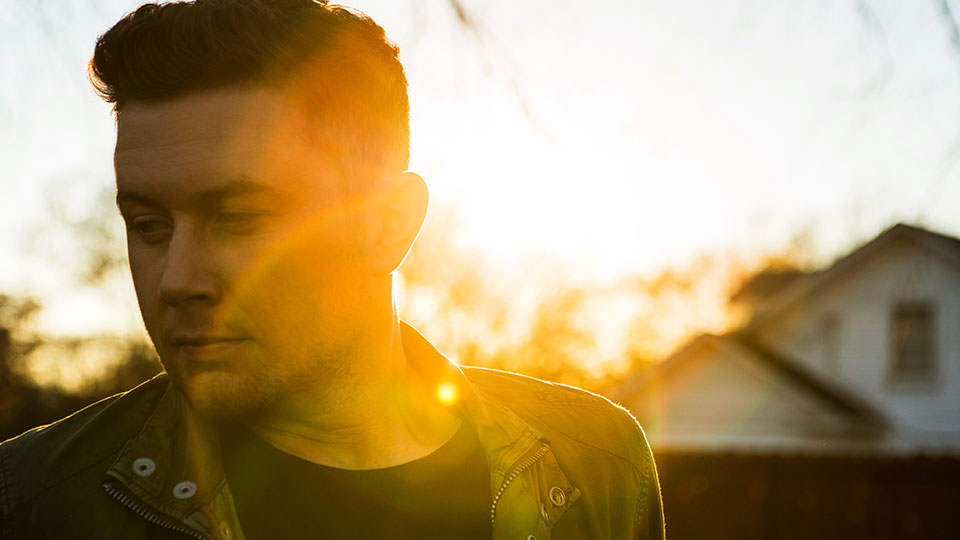 Since winning American Idol in 2011 Scotty McCreery has established himself as one of the best-loved artists in Country music.

With three albums under his belt, McCreery is back with new album Seasons Change. It’s his first for new label home Triple Tigers/Sony Music and recently McCreery achieved his first number one single, Five More Minutes.

I caught up with Scotty to talk about the success of Five More Minutes, find out more about his most personal album to date, and discuss the possibility of him coming over to the UK for some live shows.

Congratulations on Five More Minutes reaching number one! How do you feel about the success of that track?

Thank you! It feels really good, I’ll be honest. We worked really hard for this. It’s my first number one and for it to be a song that’s so personal to me, it’s really special. It was a week long celebration for us and we’re just coming down from it. This one is going to feel pretty good for a while.

What was the inspiration behind Five More Minutes?

For me it was my grandaddy Bill. We just lost him a couple of weeks prior to writing the song. We were in Nashville and I was just telling my co-writers about him. One of my co-writers, Monty Criswell, was like, ‘it’s just liked you wanted five more minutes with the guy’ and we just wrote the song from there. It became a lot more about my life in general but my grandaddy was definitely the inspiration behind it.

Seasons Change marks your first album where you’ve been involved with the writing on every single track. Was it important for you, at this stage in your career, to be more hands on with the writing?

I think it was. My previous records, they served their purpose, but this record is really the record I want folks to get to know me by. From start to finish on this album, if you listen to it that way, you’re going to get to know me a lot better. The way I like to say it is, with this album it’s really not fiction. I mean every song you hear tells stories. You’re going to hear a song called Boys From Back Home and that’s about all the guys that I grew up with and I’m telling stories about what we did. Those are all things that happened. There’s a song called This Is It and that’s my engagement song that I wrote for me and Gabi. Everything you hear is really real life.

You’ve named the album Seasons Change, which is also the opening track on the record. Is that name reflective of the transitionary period you’re in now with your career?

Absolutely, I think in my career and in my personal life. I’ve just got a lot of changes going on and they’re good things. For me career-wise I’ve changed labels and I finally feel like I’m at a place that’s really excited for me and the people are really hands on. It feels like a really good fit. In my personal life I’m getting married this year ans starting up a new life with my fiancée. There’s just a lot of good change going on so it felt like that was a good title for the record.

As you just mentioned you’ve changed labels since the last record. Does that put more pressure on you because people are watching to see if you do something different or whether you stick with the same sound that you had?

Oh, there might be from outside people and I put pressure on myself to deliver on every album, and to one up myself. From my first to my second record, but more so with this one you’ll see we just made is leaps and bounds better than anything we’ve created so far. Personally I’m happy. I hope that both the fans and the critics, I hope they enjoy it as well. For me this is by far my best record I’ve made yet. I’m excited. We’ll see what it does but I’m really fired up about it.

I’ve been spending a bit of time with the album. I find it quite uplifting, optimistic and hopeful. You mentioned that the album was inspired by the changes in your life and career but was there a specific concept you wanted to capture?

Yeah. It really was that transition period. I was really excited about what was to come in the future and what it held for us. I’d already written Five More Minutes year’s prior so I knew we had that song there and I knew we had a song called In Between two of my favourite songs I’ve written up until this record and I’d written them before I had this record deal. I guess a lot of this was being was being optimistic about the future even when I didn’t have a lot of stuff going on to be optimistic. I was in a good place and a good head space. I was in a very optimistic space so I’m glad you heard that when you listened to the record. Thanks for listening to the record, a lot of folks don’t take the time.

Every single track is a snapshot of a time in your life. Is it scary as a songwriter to open yourself up and be that vulnerable and honest?

Yeah, absolutely a little bit because you’re kind of sharing your real-life story with folks and you’re hoping they enjoy it and relate to it. That was my thing with Five More Minutes, it was special to me and I knew for my grandaddy and my family that song would mean a lot to us. I didn’t know how other people would relate to it because it’s not their grandaddy. That was the most beautiful thing about Five More Minutes, hearing other people’s stories about how they do relate to it and who they’re thinking of when they hear the song. I really appreciated that. Sometimes when you open yourself up in songs, or in life in general, it’s scary but I feel like it’s a good thing for anybody to be able to do that.

Which song on the record was the most challenging to write and to get right?

I’d say the biggest challenge was This Is It. That was the engagement song that I wrote but I wrote it before I got engaged. I had the plan in mind so I knew what I was hoping the day would go like but I still wanted to paint a picture of where we were getting engaged because it was such a beautiful place. If you look on my Instagram you’ll see the cliff we got engaged on. I just wanted to take the listener on a journey through the mountains and see the cliff face we got engaged on, and share our story. That was a little bit difficult because it hadn’t happened here but I was trying predict everything that was going to go on.

(laughs) I hope so! It’s one of those things where it’s personal to me but I hope they can relate as well. I’m glad Gabi said yes otherwise that song might not have made the record!

When can we see you over in the UK? Do you have any plans to come over for some shows?

I’m hoping so. I went over there when I was younger, in 2005, and I fell in love with it but I haven’t been back since. I feel like we needed some music that was really working before we could get over there so now that Five More Minutes has hit number one, we can follow that up. Hopefully we can get over there for a festival or our own shows and come say hello to everybody and introduce ourselves. I would love nothing more. It’s been on my bucket list to come and sing over there for a while now.

Since your last visit the UK has really started to embrace Country music. We have C2C every March and Country Music Week later in the year. Maybe we’ll see you on the bill for one of those?

I would love it! Now the music’s really catching on I think we’ll have a better chance of getting on those bills so it’s exciting.

Well we haven’t even had this album come out but we’re already thinking about the next album. The first half of this year is going to be insane, pushing the single and trying to get to the top of the charts, luckily that’s worked out. We’ve got the album coming out then I’m getting married later this year too. Planning a wedding takes up a lot of your time but I’ve had a lot of fun. Those two things are the big things this year. We’ll be out on the road here in the States, but not in the UK yet, and hopefully we can make it over there in 2019.