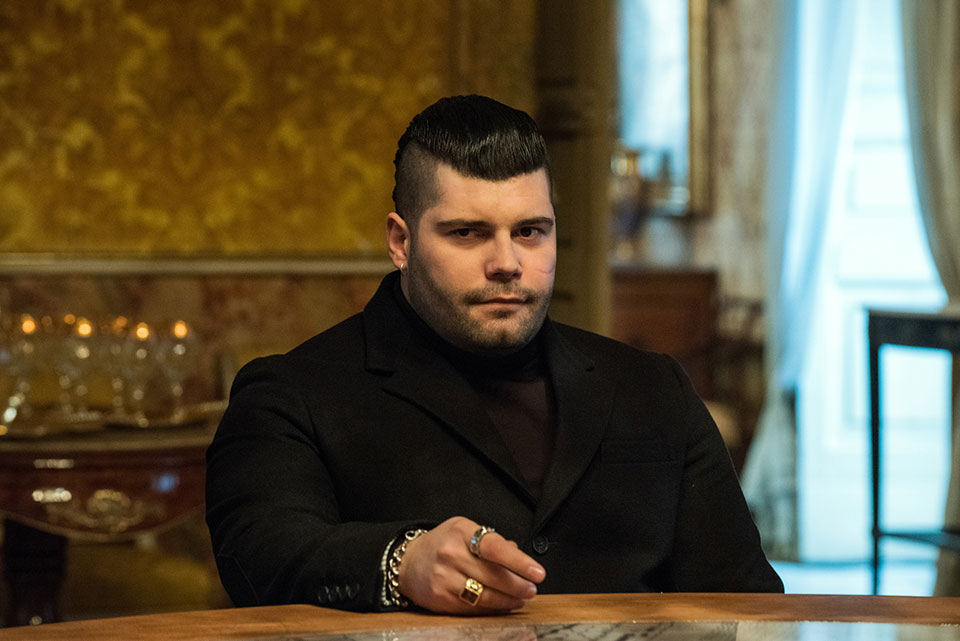 The wait is finally over for Gomorrah fans – Arrow TV is thrilled to announce the DVD & Blu-ray release of the complete third season of the universally critically acclaimed Italian crime drama Gomorrah, out now.

As a Sky Italia production, the controversial gang warfare series is the most successful Italian TV export ever. The gripping, edge of your seat
drama returned for its third season to Sky Atlantic on Wednesday 31st January.

With the Godfather Don Pietro (Fortunato Cerlino) murdered, there is a void to be filled in the underworld of Naples. His son Genny (Salvatore Esposito) takes control, using the opportunity to settle old scores. The survivors of the remaining factions, exhausted by the warring and massive police pressure, have suffered drastic financial losses and make peace. And with Avitabile (Gianfranco Gallo) in prison for another year, Genny now has to reign over North Naples and Rome.

Ciro (Marco D’Amore), on the other hand, has had his revenge, but his dreams and family have been destroyed. He decides to leave everything behind, travels to Bulgaria and to work for the big-time drug dealer Valentin (Stilian Ivanov). When Ciro has to return to Naples, he forms a new powerful partnership with the young and ambitious Enzo (Arturo Muselli).

Enzo, with Ciro’s help, learns how to be a real boss and to take what he is entitled to. It is a time of drastic change for all of them. Once they started out as street-level drug dealers. Now they are casting their net way beyond the city of Naples and the borders of Italy.

Gomorrah has been an incredible success in Italy and is one of the most popular shows in the country. The crime drama is so popular that its cast members can’t go out on the street without being mobbed by fans. The series, which is based on the best-selling book of the same name by Roberto Saviano, has not just been a success in Italy, but also has a huge following in the UK and the US.

To celebrate the release, we’ve got 3 copies of Gomorrah: The Series – The Complete Third Season to give away.

All you need to do to be in with a chance of winning is enter below:

Advertisement. Scroll to continue reading.
In this article:Gomorrah