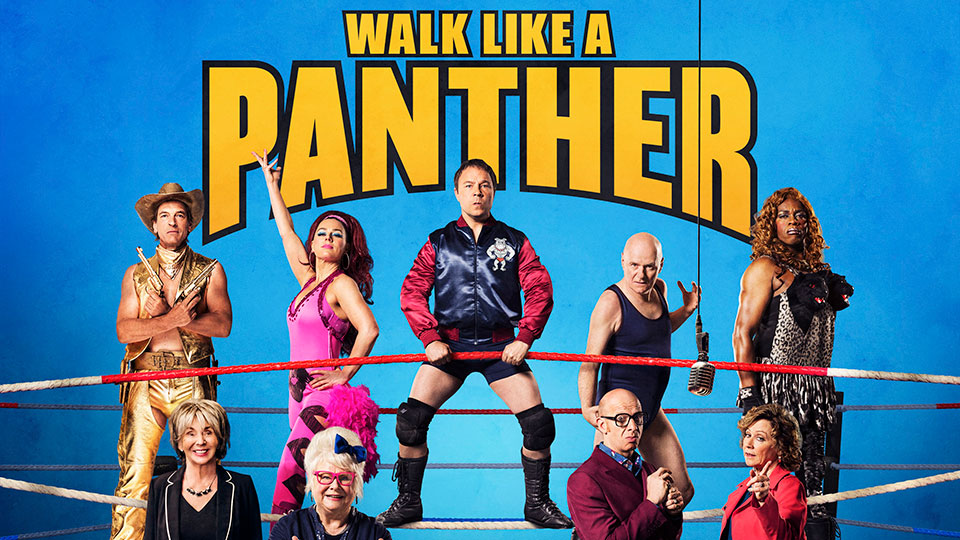 The film revolves around a group of ’80s wrestlers who are forced to don the lycra one last time when their beloved local pub is threatened by closure. Led by father-son duo, Mark (Graham) and Trevor Bolton (Johns), this unlikely bunch of underdog heroes sets out to save their community, rekindling old friendships and family ties along the way.

Walk Like A Panther is directed by Dan Cadan, making his feature film debut from his own original screenplay. Alongside music supervisor, Ian Neil, Dan also compiled the film’s soundtrack, which features a host of iconic British artists, from Spandau Ballet, Lightning Seeds, Adam & The Ants and Billy Ocean through to Kasabian, Miles Kane, Noel Gallagher, and Jake Bugg.

It also includes “Empty Heart”, a brand new track from Rick Astley, as well as his new version of ‘Walk Like a Panther’, arranged by Guy Chambers, who also composed the film’s remarkable score.

To celebrate the release we’ve got 3 copies of the Walk Like a Panther soundtrack to give away. All you need to do to be in with a chance of winning is enter below…