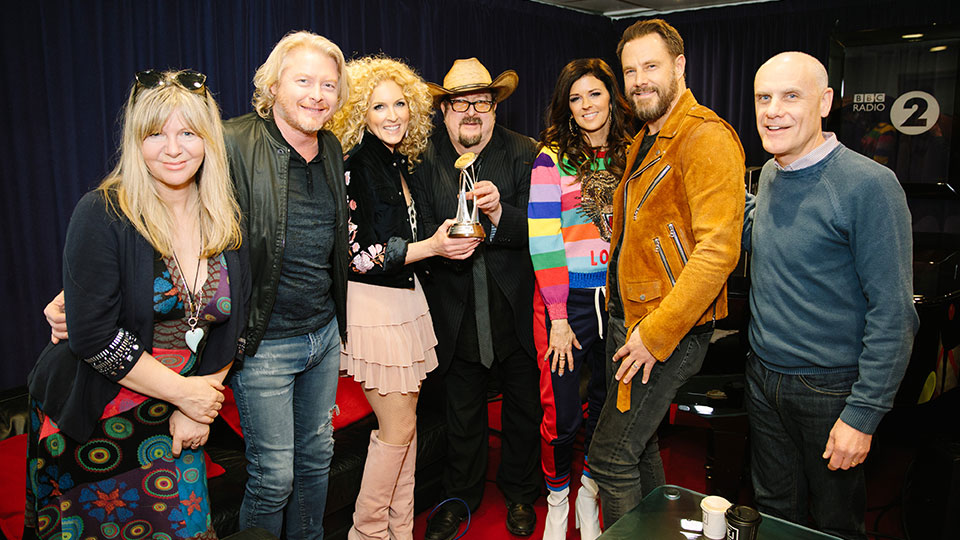 The chart-topping Country group were surprised during a visit to BBC Radio 2, where they were given the award by award by BBC Radio 2 presenter Steve Wright.

The CMA International Artist Achievement Awards recognises outstanding achievement by a US-based artist who has demonstrated the most significant creative growth, development and promotion of the Country Music industry outside the United States during the eligibility period.

Little Big Town headlined the third and final night of C2C: Country to Country 2018 at The O2 Arena in London. They also performed at C2C in Glasgow on Friday and Dublin on Saturday.

2018 marks the 20th anniversary of Little Big Town and their seventh studio album The Breaker is out now on Capitol Records Nashville/Decca.