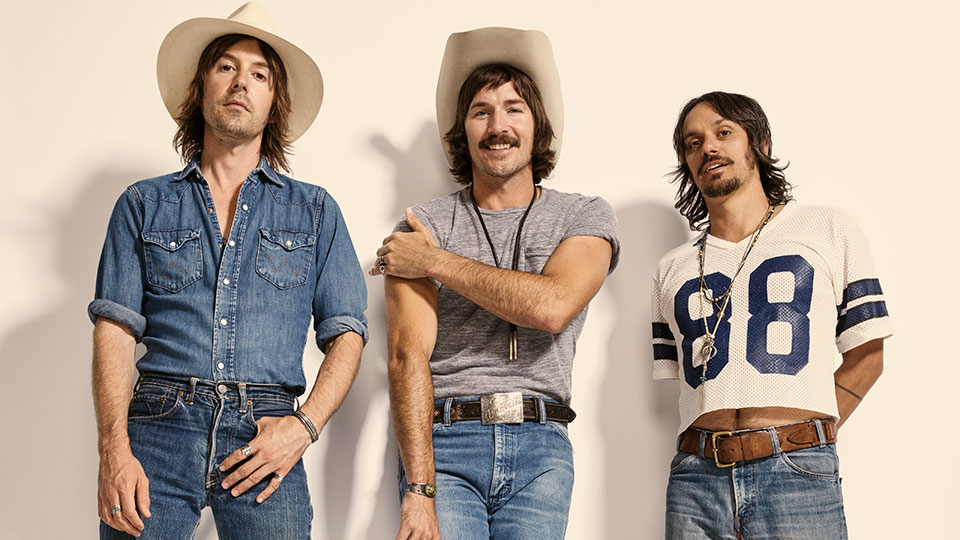 Ever since the release of their self-titled EP in 2016, Midland – Mark Wystrach, Cameron Duddy and Jess Carson, have been creating waves in Country music. Their debut single Drinkin’ Problem was a huge hit, achieving Gold certification in the US, and follow-up Make a Little is rising up the charts fast. The trio’s debut album On the Rocks picked up plenty of critical acclaim last year and anticipation has been high ahead of their first trip to the UK. Over the weekend Midland performed at C2C: Country to Country 2018 in London, Dublin and Glasgow and they went down an absolute storm.

Following on from their hugely successful C2C appearance, Midland performed their very first UK headline show last night at the intimate venue Omeara in London. When tickets for the show went on sale they sold-out in under 15 minutes and the band has already announced they’ll be back for a full UK headline tour in November and December. I was feeling a little weary as I arrived at Omeara last night following a very full on few days at C2C but any feeling of tiredness vanished as soon as Midland took to the stage.

Check Cashin’ Country opened the night and you could tell within seconds that we were witnessing something truly special. Free from the more formal occasion of C2C, Midland were able to relax and be themselves, which meant there was plenty of banter between songs and a lot of laughs. The set consisted of selections from On the Rocks, new tracks that the UK audience likely hadn’t heard before and a few covers for good measure.

As Midland moved into This Old Heart, the energy really ramped up from both the band and the audience and it was pretty much a party from thereon out. Burn Out turned into an audience singalong, a cover of Alabama’s Dixieland Delight showcased just how tight the trio’s harmonies are, and Bruce Springsteen cover Tougher Than the Rest highlighted that Midland could very easily cross over into rock should they want to. For More Than a Fever, Wystrach brought a female fan on stage who was wearing a fake moustache and dedicated the song to her. Prior to that song he commented on all the good-looking ladies in the crowd before adding there were good looking gentlemen too, pointing out that it is 2018 after all. That comment went down very well with the crowd!

A false start to Altitude Adjustment provided plenty of laughs as Wystrach forgot the words and the band restarted the song. No one cared as we were all having way too much fun and the band joked about the mess-up. Wystrach told us that it highlighted how everything we saw was 100% live with no backing tracks in sight. Bass player Cameron Duddy had a chance to take lead vocals on Saturday Night and he got behind the drums for a couple of songs in the set too. Lead guitarist Jess Carson also had a chance to showcase his vocals on unreleased track Gamble.

Make a Little turned the crowd into a dance party and Drinkin’ Problem was another big old singalong. The latter was introduced as the last song but once the audience erupted and started asking for more music, Midland went on to perform another four songs for their encore including unreleased track All is Forgiven and a cover of The Band’s I Shall Be Released. They closed their set with Bob Seger’s Turn the Page and at the end of the song Wystrach jumped into the audience to meet fans, pose for pictures and sign autographs. Jess and Cameron followed afterwards after meeting fans from the stage.

Playing for 2 hours, it’s safe to say that Midland put on one hell of a performance. The energy didn’t drop once and they are so tight as a band, it really is impressive. With plenty of humour, Midland delivered a flawless live performance that is one of the best gigs I’ve been to in a very long time. They were outstanding at C2C but last night, for their own headline show, they took it to a completely different level. When they come back later in the year, I’ll definitely be going along to join the party once again and if you haven’t got your tickets yet, don’t leave it too long as they’re going to sell out pretty fast.