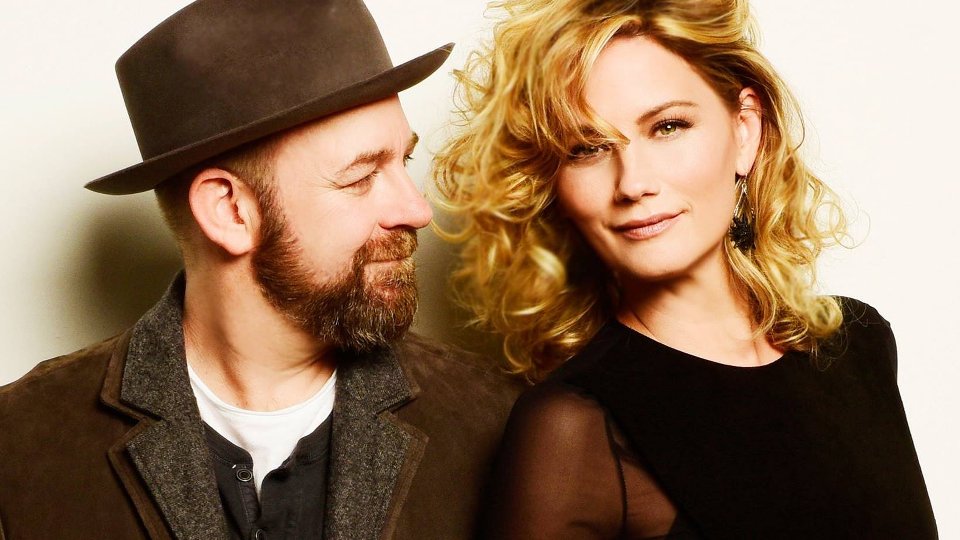 Earlier this year Sugarland surprised everyone when they announced they were reuniting followed by a Main Stage performance at C2C: Country to Country 2018.

Before their much anticipated performance Kristian Bush and Jennifer Nettles sat down with the media to talk about their reunion and what they’ve been doing the past few years.

‘We finished the record last week. We’re mixing it right now while we’re up on jet lag (laughs),’ revealed Kristian. ‘The album we wrote in as many days as there are songs on it and we recorded it in four days.’

‘We’ve got a tour lined up this summer,’ added Jennifer.

I asked Kristian about working with Lindsay Ell on her album The Project. He said that working with her enabled him to enjoy watching Ell rising up the charts and it reinvigorated his passion for performing.

‘She did all the work (on that record)’, said Kristian. ‘I just held a light for her.’

What can fans expect tonight at C2C? ‘We’ll be playing the single Still the Same, a couple of surprises and songs you know and love,’ teased Jennifer.

Sugarland perform on the Main Stage at C2C: Country to Country 2018 tonight at The O2 Arena in London.