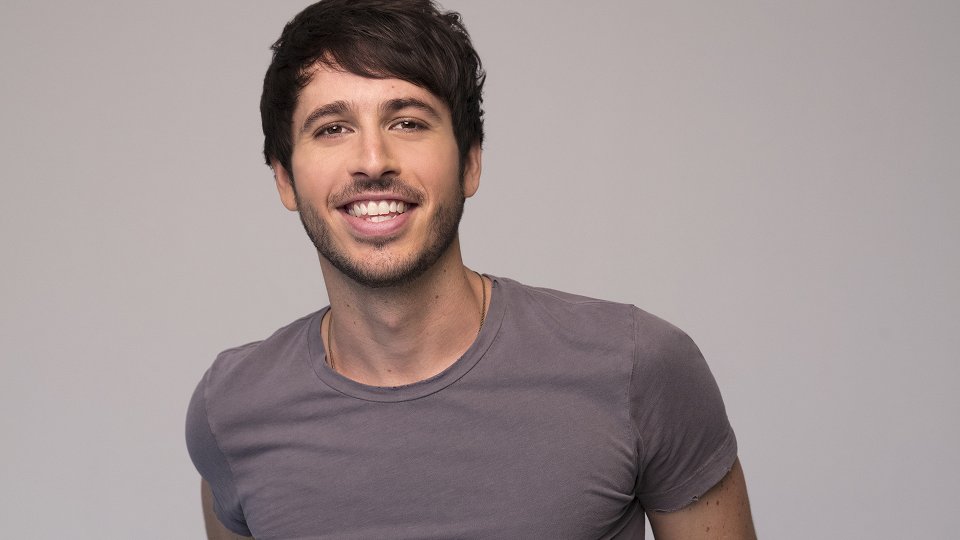 Australian singer-songwriter Morgan Evans made his debut trip over to the UK in 2017 when he played a string of headline shows to introduce himself to UK Country music fans. At that time many knew him due to his relationship with Kelsea Ballerini – the two are now married – but following the release of his debut international single Kiss Somebody he’s been making waves of his own. When I saw him at The Borderline last year, Evans made quite the impression with a solo performance that incorporated clever covers alongside his original material.

Making his second performance of the day, Evans opened the Spotlight Stage with a couple of acoustic tracks. Armed with his trusty guitar pedal, the rising star kicked things off with his recent single Kiss Somebody. The audience knew the track and Evans showcased his abilities as both a musician and a vocalist well. He layered parts of the track using his pedal and somehow managed to engage well with the audience too.

For his second track Evans performed Young Again, a song that he’d written after his last visit to the UK. The song was more uptempo that Kiss Somebody and had a more traditional Country vibe. The pulsing beat ensured that the audience got involved quickly and by the end of the song they knew enough words to sing the chorus loudly. In the middle of the track Evans worked in Walk the Moon’s Shut Up and Dance, working the crowd into a frenzy ahead of his wife Kelsea Ballerini’s Main Stage performance.

It was clear that there’s an appetite for the kind of music that Evans is making right now. He’s got the crossover potential that could see him chart here in the UK with the correct single choices. He’s a little Ed Sheeran and a little Keith Urban, and that combination is working perfectly for him.