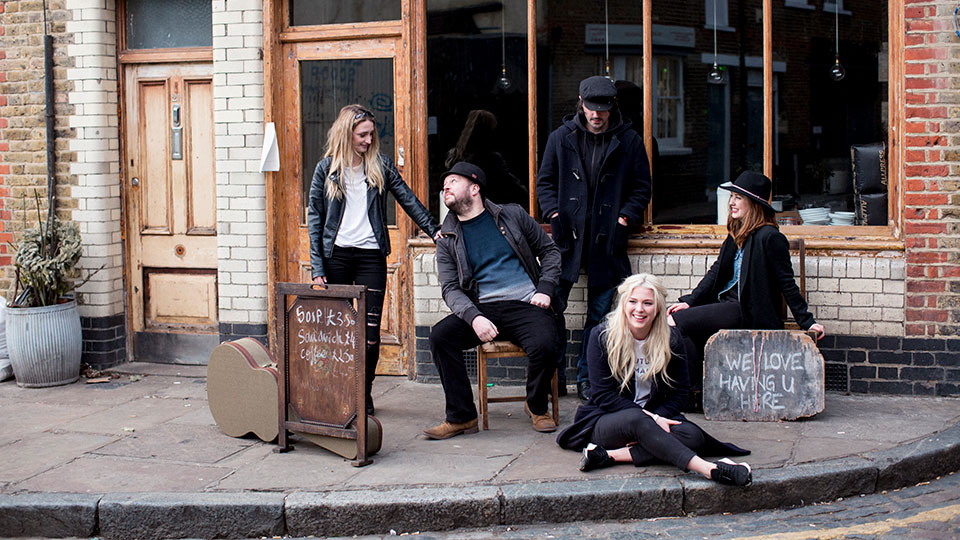 C2C: Country to Country 2018 will feature dozens of acts playing on the various stages across the weekend at The O2 in London.

One of those acts is FAYRE, who recently appeared on the Sky 1 TV show Sing, hosted by Cat Deeley. In 2017 the band released their debut EP Live at The Pool London and now they’re gearing up for their C2C performances.

I caught up with Daniel Spiller from the band to discuss their C2C performances, find out more about how FAYRE got together, and to talk about their experience busking.

Hello Pip, we are good thanks! Today finds us feeling very happy as we’ve just recorded an Under The Apple Tree session for Bob Harris TV to be released very soon.

You’re going to be performing at C2C next week. How are you feeling about that and how important is for you to be part of something like that?

We are very excited about this, in fact on our bio on the C2C website it says our no.1 priority is to play Country to Country this year so it’s a dream gig and our piano player from our Live At The Pool Studios London Album, Marianna Chapman is flying all the way from Calgary in Canada just to play with us on these shows.

For those who haven’t seen you perform live, what can people expect from a typical FAYRE, live performance?

Our shows will be 30 minute slots and on our two main stages we will be performing as a band, so what we will look to do is cover all the emotions our songs have to offer from really delicate heart felt songs such as I’ll Be There through to full on barn stormers such as Wild and The Showdown.

Some people may know you from the Sky 1 show Sing. How did you get involved with that and what was the experience like for you?

It was great to meet Cat Deeley and see Imelda May and we were the only group to perform an original song but we’re so glad to have our instruments back for C2C.

In 2017 you released your first EP Live at The Pool London. Why did you decide to put a collection of live tracks out first?

Our producer Rupert Christie usually works with signed artists and had already worked with Catherine McGrath and The Wandering Hearts so it was his vision for us make a vintage record that shows what we can do live. So our EP is very much a ‘hello’ from us to the world of Country and Americana and we’re really proud of it.

You’re pretty well-known for busking in London. What has doing that taught you about performing and your abilities as performers?

We will also be performing twice on the Busking Stage at C2C where you can see a more intimate show from just myself (Daniel) and Ciara. Busking teaches you what songs work and how to make a living from original music without a hit record while at the same time offering an almost never ending stream of new audience members. Its an invaluable performance tool and helps drive your confidence.

What challenges has you faced getting your music heard as an emerging British act?

I went to BBC Amplify where Bob Harris and Baylen Leonard did a talk on the subject of ‘getting heard above the noise’ ‘The noise’ being what seems like a never ending stream of new talent so the challenge really is to even get heard at all. I don’t think there are any golden rules but the advice would seem to be to try and be part of a close community in music. The UK Country music scene is a perfect example of this whereby lots of artists, bands and musicians help each other out whether it be supporting each other, sharing musicians or writing together.

How did FAYRE come to be? Tell us the story of how you formed and started making music together.

Ciara is part of a close friendship group and so a couple of years back her brother suggested she come down to a recording studio I used to run. I was just doing my own music at the time but we clicked and started slowly just singing songs together and its grown organically from there until we formed the band FAYRE last year adding various musicians who have now become friends such as Marianna Chapman and Arthur Bassingham.

If you could collaborate with just one of the artists performing at C2C, who would it be and why?

Well if I’m speaking for myself I’d say Jillian Jacqueline as I love her song God Bless This Mess. I know Marianna would love to work with Sugarland and Ciara goes to almost every Catherine McGrath gig so I’m sure that would be a great collaboration.

To write with Sugarland, Jillian Jacqueline and Catherine McGrath (laughs), hit the studio with a new single we are launching at C2C and to keep on meeting the wonderful people we meet in Country and Americana.

FAYRE’s EP Live at The Pool London is available to download and stream now. They will be performing at C2C: Country to Country 2018, which takes place at The O2 in London from Friday 9th to Sunday 11th March 2018.